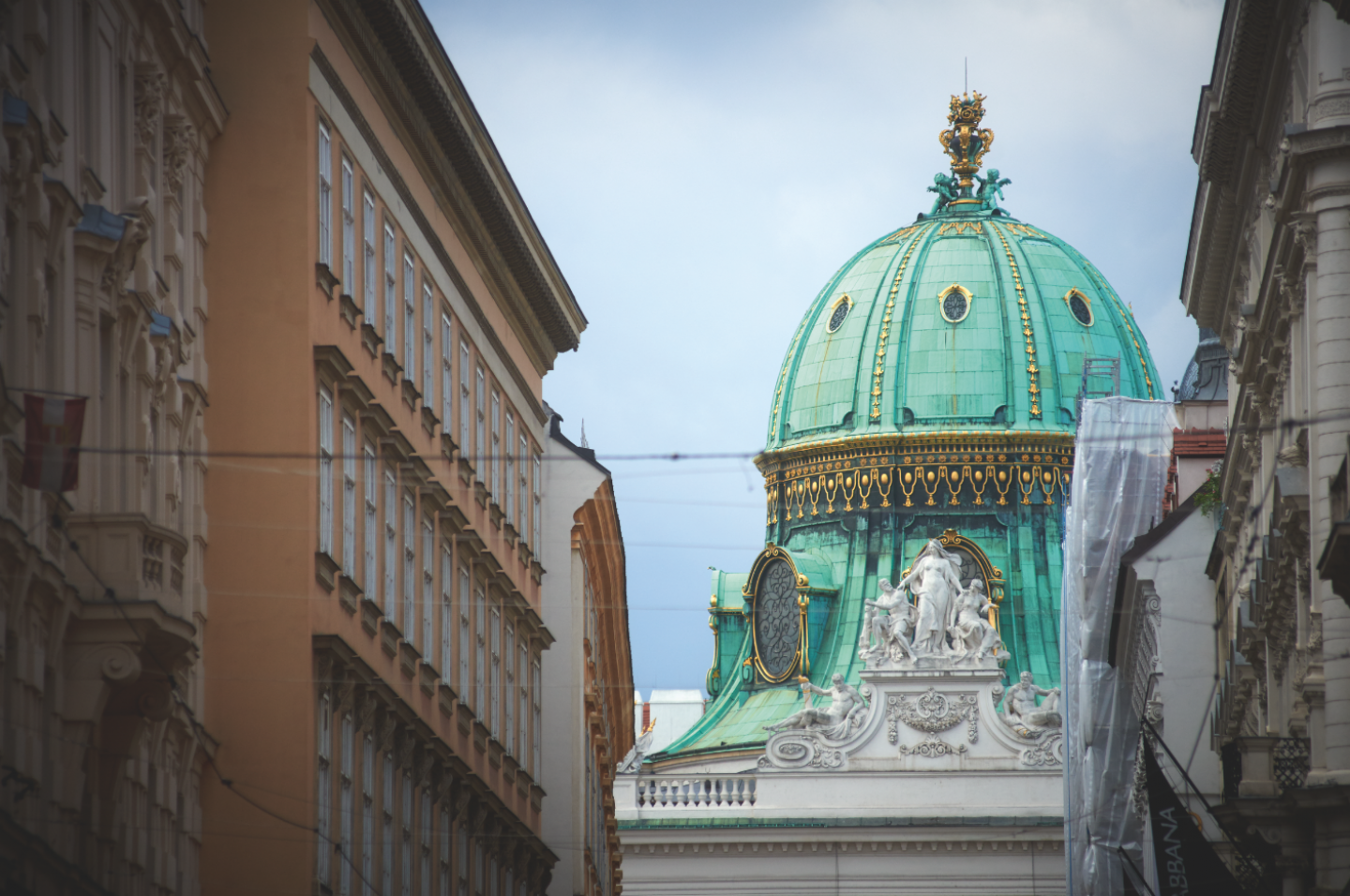 Aside from giving us the some of the finest minds to have shaped the world, Austria’s capital boasts a lively food scene and coffee houses aplenty. Alex Mead takes a whirl

Vienna has been home to some of the world’s most influential thinkers, musicians, politicians, and was a seat of European power for centuries. With its palaces, museums and striking architecture, it’s a city that hits every sense in a thousand different ways. The grandeur of it all is brought together during the Viennese ball season – 450 are held in the city over two months from New Year’s Eve. Home to two million (and the second-largest German-speaking city in Europe), it was here that Maria von Trapp was born, where Mozart, Sigmund Freud and Gustav Klimt lived, and where, for 450 years, the Spanish Riding School has trained Lipizzaner horses in the art of dressage. As a curiosity, the snow globe was also invented here in a failed attempt to invent a new light bulb – even this city’s failures prove to be a success.

Vienna’s baroque, gothic and art nouveau architecture rubs shoulders with some of Europe’s finest contemporary buildings – Zaha Hadid, in particular, had a big influence. St Stephen’s Cathedral stephanskirche.at – piercing Vienna’s skyline at 136m high – tops most people’s lists with good reason, having had a role to play in many significant moments in the city’s history. It was while looking at the cathedral that Beethoven realised his deafness when the 23 bells tolled and he saw birds fly from the tower. Hofburg Palace wien.at" target="_blank" >wien.at">wien.at" target="_blank" >wien.at">hofburg-wien.at" target="_blank" >wien.at was built in the 13th century, and for 600 years was home to the royal Habsburg family. Today, it exudes its rich history across 2,600 rooms, 18 wings and 19 courtyards, and is where you’ll find the Spanish Riding School. To get lost further in the Habsburg narrative, take in the Kunsthistorischen Museum Vienna khm.at – a former palace, now home to the imperial art collection. And be sure to visit the dramatic Belvedere Palace belvedere.at to see Klimt’s The Kiss up close. With an unsurpassed list of acclaimed composers, the ‘City of Music’ takes every opportunity to celebrate them, through a packed calendar of festivals and concerts, and the legendary Vienne Philharmonic and Wiener Symphoniker orchestras.

Hotel Grand Ferdinand 00 43 1 91 8800, grandferdinand.com has a rooftop pool and café and a panoramic restaurant serving generous Viennese cuisine. On the more luxurious side is the SO/Vienna 00 43 1 90 6160, vienna.com">so-vienna.com – a work of modern architectural art by Jean Nouvel hovering over the Danube canal. Expect a 743 sq m spa (ideal for winter days) and the Das Loft restaurant, which boasts epic city views from the 18th floor. A quirkier option, Wiener Essig 00 43 1 604 1088, gegenbauer.at – which is known for brewing artisan beer – also offers industrial-chic B&B rooms, from around £110pn.

To tick off the basics, starting with schnitzel (breaded veal), visit Schnitzelwirt schnitzelwirt.co.at which has been serving it up for the best part of four decades. A staple of Viennese social life, the city’s coffee houses are so integral, they’ve been given the nod by Unesco. And there’s one for every mood. Café Hawelka hawelka.at is a cool artists’ haunt dating back to the 1930s. For traditional cakes such as Austrian torten and bundt, try the excellent Vollpension vollpension.wien or head to modern Supersense the.supersense.com which combines a coffee house with analog products and recording. More formal, Michelin-starred Opus opus.at">restaurant-opus.at at Hotel Imperial offers grandiose settings and plates to match – think partridge with black salsify and barberry. Poised in a mirrored, cubist building in the sweeping 19th-century Stadtpark, Steirereck steirereck.at offers beautiful, sharply delicious dishes of Styrian origins: think wild boar with purple carrots, local pike, and an elevated goulash with medlars. Nearby Tian restaurant.com" target="_blank" >restaurant.com">restaurant.com" target="_blank" >restaurant.com">tian-restaurant.com" target="_blank" >restaurant.com champions rare and long-forgotten heritage vegetables in its artfully presented plates.

The Wiener Riesenrad is Vienna’s answer to the London Eye, but 100 years older. wienerriesenrad.com

Wien Tourismus is the official tourist board and its website is packed with information to help you plan your trip, including dates of upcoming festivals and music concerts. wien.info