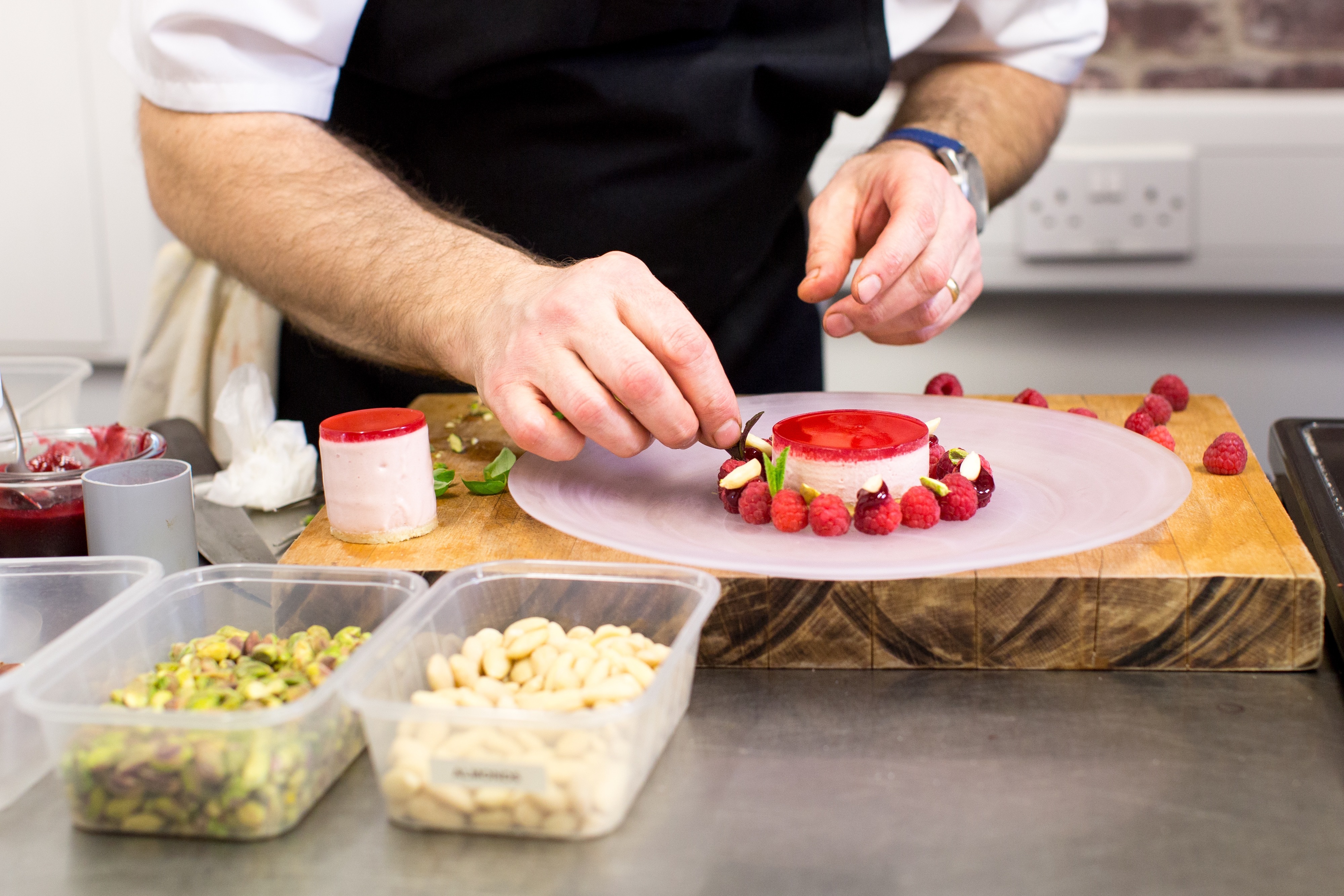 One-time Michelin-starred chef Mark Treasure begins our Beside the Sea course with the observation: ‘We are a cookery school. If you can’t make a mistake here, when can you?’ It’s a generous attitude for a man who has worked with both the Rouxs and been head chef at the highly acclaimed Feathers Hotel in Oxfordshire.

As he leads the way into the wooden-beamed kitchen, my eyes are drawn to the bounty of local produce on the workstations. Sea bass, plaice, Dorset cock crabs and lobster nestled in seaweed all hint at the proximity of Dorset’s Jurassic Coast. ‘Our relationships with local fishermen mean that we get the wet fish within 24 hours of it being caught,’ he says proudly.

After showing us the Japanese knife that has been with him throughout his career, Treasure demonstrates how to fillet a sea bass. First he cuts into the head, then glides the blade along its backbone towards the tail, before repeating the motion in the opposite direction. ‘Make sure your fish is dry before filleting, and use long, slow cuts,’ he commands us gently.

Plaice is up next, a good-value flatfish with a mild, slightly sweet flavour. ‘Plaice can easily be overpowered, so keep the accompaniments simple and let the fish be the star of the show,’ says Treasure. After removing the fins, we use a similar cutting technique to the sea bass to produce four fillets, before holding the knife in place and moving the skin from side to side until it peels off. ‘Salt it, sandwich it between parchment paper, put it in the oven for three minutes and you’ve got a tasty snack.’ For lunch, we make plaice en papillote (plaice steamed in a paper bag). After preparing carrots, leeks and potatoes julienne-style by rocking the knife back and forth, we wrap them and the fish in foil and drizzle a little white wine inside to create steam, before baking it for ten minutes.

Back to work, Mark teaches us how to prepare crab cakes. We remove the legs and claws from a cooked crab first, using a skewer to pick out the white meat, before combining it with mayonnaise, mustard, egg and Jacob’s crackers, which bind the meat together.

We finish on a healthy and seasonal note with a lobster, basil and mango salad. Dressed with orange juice, honey and white wine, it’s a dish that screams ‘Eat me!’ – so I duly oblige.

Any fears I had of cooking seafood before today have been completely erased. In Mark’s reassuring words, ‘If you can fillet two fish (one flat, one round) then you can fillet them all.’ A one-day Beside the Sea course is £175.