Brill is brill. The clue’s in the name. Brill is a fish lover’s fish but remains relatively unknown. It’s a mystery: here is a wonderful fish, easy to fillet and cook in myriad ways from poaching to grilling, yet for some reason only Neptune knows, it is rarely spotted on supermarket fish counters, yet it’s a perennial fishmongers’ favourite. Like their flatfish cousins, the much better-known (and more costly) turbot, they can become big bruisers, weighing up to 9kg each. In fact, the two species are so similar that they sometimes interbreed and produce hybrid offspring (they’re not called trill, but perhaps should be). Brill has an almost oval or ace of spades-shaped body with a grey-brown eye side and white blind side with light and dark freckles that give it a certain camouflage pattern, and small, smooth scales (easy to remove with the back of a knife) but no tubercles (small, rounded nodules). The lateral line runs straight and then curves noticeably over the gills. Its mouth is relatively large in comparison to the size of the fish and contains sharp teeth.

Brill and turbot also share an unusual characteristic in that they can alter the colour of their skin depending on where they are caught: lighter, blonde fish are found on sandy sea floors and dark, rich chocolate-brown fish in muddier environs. Both fish are described as ‘sinistral’, which means their eyes are on the left side of the head. Part of the dorsal fin is not connected to the fin membrane, giving the fish a frilly appearance.

It lives on the seabed of the shallow temperate waters of the Mediterranean and as far north as Norway and Iceland but you are unlikely to find them in the west Atlantic. They are not fussy feeders and will switch between scavenging and hunting to feed on prawns, marine worms, crustaceans and, to a lesser extent, fish and sand eels. Available nearly year- round, they are more abundant and offer better value between autumn and spring.

Because brill are so partial to eating prawns and crabs, their flesh is luscious and white, sweet, firm and tender, if somewhat flakier than turbot.

The skin is less palatable due to its rather rough, bitter texture, but can be delicious when served as a crisp. The compensation is a flesh described by Nick Fisher of River Farm as ‘the firm, white place where lobster meets scallops to talk about veal’.

Like turbot and skate, brill is not at its best on the day it is caught: when very fresh, the flesh is slightly jellified and bland. If you are lucky enough to catch your own or buy direct from a dayboat, don’t cook it immediately. Leave the flesh to rest, ‘knit’ and settle in the fridge for 24-48 hours. Or the fish can be successfully frozen.

Smaller fish are best cooked on the bone but larger ones can be easily filleted or sliced into tranches (across the body). Complementary flavours are sorrel, sage, basil, parsley, capers and salsa verde. Its sweetness also lends itself beautifully to more delicate flavourings such as citrus or elderflower. Other good pairings include oysters, wild mushrooms, cream, champagne, butter, lemon, Gruyère and other hard cheeses. French restaurateur Madame Prunier created a brill sandwich, spread with salmon mousse: a rewarding combination of brill and shellfish.

Rick Stein has a particularly good recipe for fillets of brill with Thai-style stir-fried spinach with fresh coriander; Glynn Purnell dishes it up with spiced carrots; and Phil Vickery with tapenade, potatoes and olives. A delicious recipe from Paul Rankin fries the fish and serves it with a soy mustard vinaigrette, Asian coleslaw and wontons. One of the very best recipes comes from Gill Meller, former head chef of River Cottage, who fries it in extra virgin olive oil and serves with anchovies, chilli, garlic, rosemary and double cream.

According to the Marine Conservation Society, fisheries for this species are poorly managed, although latest studies show an exception is on the Cornish coast, where stocks are healthy and landings have been stable for 20 years. They have a relatively low vulnerability to overfishing as they are faster-growing than many other species. Nonetheless, brill has a maximum-catch quota and landed fish must be of a minimum size.

It is best to avoid buying trawled brill as these are caught as by-catch from chain nets attached to a steel beam that holds the net open. This method is associated with damage to seabed flora as well as to juvenile fish. Gill netting with nylon nets and demersal trawl are better, and local dayboat catches are best, with line-caught being the most conscientious option. The bigger the brill, the better; avoid anything under 30cm. As with all fresh fish, check for a clean smell of the sea, bright red gills and clear eyes as signs of quality.

Brill may be left-eyed, bottom-feeding flatfish, ready to rumble and pack a punch on the seabed, but they deserve a lot more than to be called the poor man’s turbot. You could call them Scophthalmus rhombus but, believe me, brill is best. 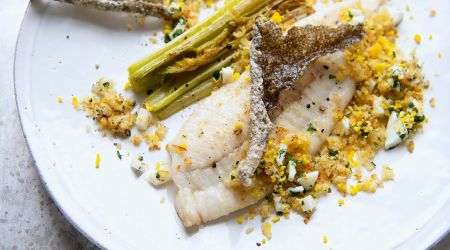 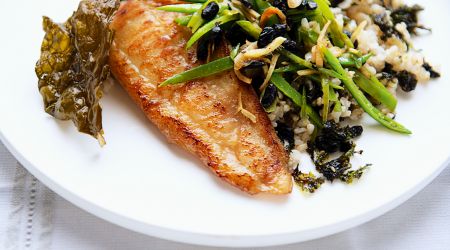 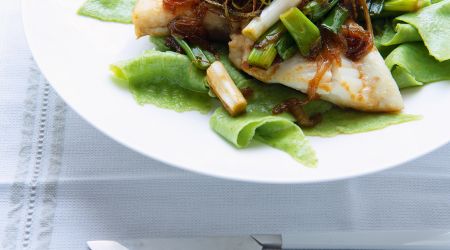 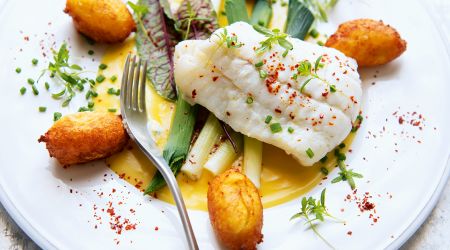 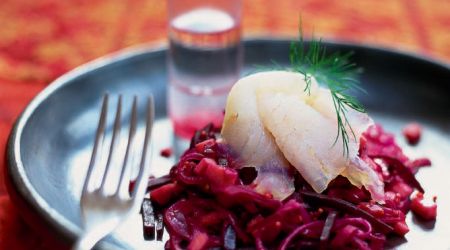 Cured brill with vodka and beetroot 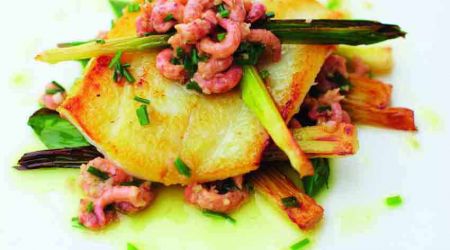 Brill with brown shrimps and griddled leeks in a mustard dressing 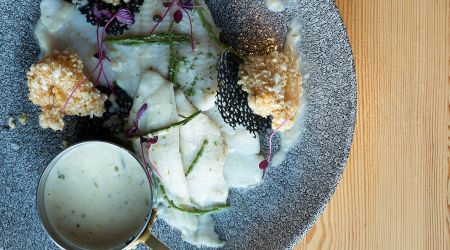