A burst of colour in your kitchen, these Christmas staples are perfect for adding a citrus kick to desserts or a sweet touch to savoury dishes, says Rosemary Barron with recipes by Linda Tubby

Christmastime without clementines? It’s unimaginable. On gloomy winter days, a fruit bowl piled high with these orange gems is as cheering as lights on the tree. Their sweetness enhances our ham and, for generations, children have joyfully turned them out from the toes of their Christmas stockings.

Clementines, with their pretty leaves still attached, are sold as premium fruit. But how did they find their way into our festive traditions? Saint Nicholas could provide one explanation. Born into a wealthy Greek family in the 4th century, he inherited a fortune. Hearing of the plight of three sisters about to be sold into slavery, he tossed three bags of gold coins through their window (some say chimney), where they landed in stockings hung up to dry. Some medieval paintings of Saint Nicholas – or Santa – used oranges to represent the gold.

But the real reason for our festive love of clementines is probably more prosaic: these sunshine fruits are a much-needed tonic during the winter months. Deliciously sweet, juicy and aromatic, these smallest of mandarins have a characteristic flavour and glossy, oily skin. A sharp thumbnail is all it takes to open the wrapping, which falls away easily. The deep-orange segments separate cleanly and, best of all, they’re seedless. If eating an orange requires work, a clementine can be an impulse.

Early in their season (November to late January), bright, firm clementines, 5cm or 6cm in diameter, are perfect for candying, or preserving in brandy. Both make delicious gifts. Bake a whole candied clementine into your Christmas pudding, too, in the style of Heston Blumenthal. The slightly sharp edge to their sweet flavour makes them a perfect ingredient in syrups, imparts a fine tang to ham and poultry glazes, and is a gentle substitute for orange juice in the classic syrup-soaked almond cake of the eastern Mediterranean. But it’s their highly scented zest that holds the key to citrus heaven.

The 19th-century French writer Stendhal, captivated by the beauty of citrus trees, defined ‘the true south’ as the place where orange trees grow in the ground. Here in the UK, with patience, we can grow the hardy clementine in tubs or pots and, with the help of a conservatory, fertiliser and some good pruning, even harvest some tiny fruits too. But for juicy, thriving fruit, we need to look closer to its place of origin.

Where is that, exactly though? Most experts consider the clementine (Citrusreticulata ‘Clementine’) to be a hybrid, across between the tangerine (or mandarin – they are virtually interchangeable) and orange. One story lies in its name. In the late 19th century, a monk called Father Clément was sent by his order from his home in central France to tend to the needs of orphan boys in a village near Oran, Algeria. A keen gardener, Father Clément made the serendipitous discovery of a hybrid in among his mandarin trees.

The then French authorities quickly gave this attractive, fragrant fruit AOC status. Until recently, it was thought that the clementine was a cross between the bitter orange (Citrus aurantium) found in abundance along boulevards and in parks throughout the Mediterranean countries, and the tangerine. But in 2002, scientists established from its DNA that it’s actually a child of the tangerine and the sweet orange (Citrus sinensis).

Its true origin may, however, be in the East, since some consider the fruit to be indistinguishable from the Canton mandarin originating in south-west China; mandarins have been cultivated here for more than two millenia. Similarly to oranges, mandarins and their hybrids (the Chinese were skilled gardeners) would have found their way to the Mediterranean through ancient trade routes, arriving in England in the early 19th century. Clementines from north Africa arrived a century later.

The main countries of origin for the UK Christmas market today are Morocco, Algeria, Spain and Tunisia. A close relative of the clementine, sweeter, loose-skined satsumas (Citrus unshiu) are Christmas fruits too; they were developed by 16th century Japanese gardeners.

Whatever their roots, the fact that they’re a winter staple is undisputed. On seasonal tables, clementines spruce up salads made with beetroot, red onion and walnut, as well as olives and spinach, and their lively juice moistens couscous with olives and chickpeas or chicken. They are also the perfect light dessert if you feel you need to pay penance for all the festivities. Use the dried or candied zest to decorate cakes and puddings, to aromatise the sugar you use to dust your mince pies, and to flavour
breads and muffins. Choose fruits that feel heavy for their size, have firm skins, and are bright and fragrant, with no whiff of chemicals. Clementines, like tangerines, are more perishable than oranges; you may want to buy them at a market (as they are less likely to have been stored), and only in the quantity you need for a few days.

To dry or candy the peel, remove it in one long coil with a small, sharp knife, or pare off strips with a zester. For grated zest, use a small-holed grater and take care to avoid the bitter white pith. Buy organic fruits if you are able to, especially if you want to use the peel; if the clementines have been waxed or sprayed, or you are unsure, scrub them gently in warm water.

As winter takes its toll and we overindulge, clementines are a fine antidote. Containing folic acid and thiamine for our seasonal nerves, ascorbic acid to boost our shivering immune systems and potassium to counter salty festive foods, perfumed, redgold clementines have a rightful claim to be considered our best Christmas food of all. 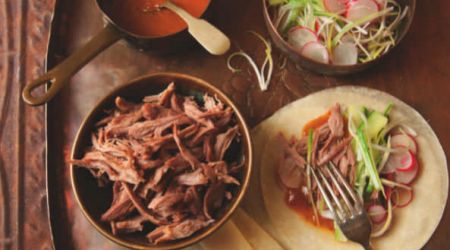 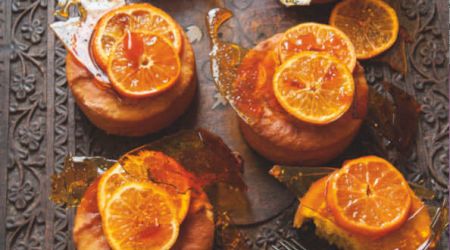 Clementine and almond cakes with poached fruits and caramel 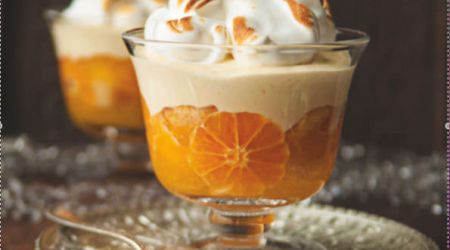 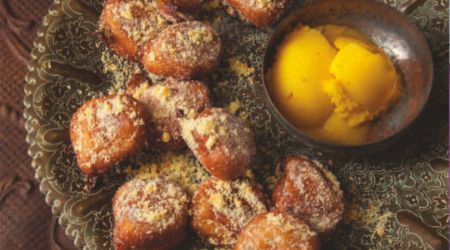