Long and lithe, the first French beans of the season bring a flash of emerald green to your table and a welcome crunch to early summer dishes, says Alicia Miller with recipes by Liz Franklin

Phaseolus vulgaris is a decidedly unromantic name that suggests an unremarkable vegetable, but with its long and slender shape, velvety, emerald coat and fine, pointed tip, the French bean is both striking and appealing, and as elegant as they come. How this ubiqutious pod, a favourite of home cooks, came to appear on our plates remains a bit of a mystery, despite much research by historians. South American in origin, it’s believed that the beans were brought over to France via Spain, and then on to Britain by the travelling ruling classes, or perhaps even by French Huguenot refugees. However and whenever they may actually have first appeared in the UK, the primary supplier of these then-exotic beans during the 16th and 17th centuries was most likely France, and so was born the name we still use for today, ‘French’ beans.

While the majority of the crop will be available in market stalls and shops during July and August – they are usually harvested during the hot summer months – a small number of these flavourful vegetables are ready for enjoying in late May. These early French beans, grown under protective cover or in greenhouses, have escaped the winter’s frost, and with their youth comes great tenderness. ‘Very early season beans can actually be eaten raw,’ says Judith Wills, nutritionist, gardening authority and author of The Garden to Kitchen Expert. Beans harvested later in the season usually require blanching; they too are plucked from their bushes when they are ‘around half a centimetre across, smooth and easily broken between fingers’. If left to mature, the tiny seeds within the pods swell, and, once removed, become flageolets, the soft, kidney-shaped, white or light green speciality. If left to ripen on the bush for long enough, the French bean dries out; it is then known as a haricot. With such diversity coming from a single vegetable, it’s no wonder that chefs take great pleasure in devising their preparation.

‘You know a bean’s good if it snaps easily,’ says Jane Baxter, chef at Riverford Organic. ‘French beans are at their best when paired with strongly flavoured, salty foods; this enhances the taste of the bean. I like to combine them with other vegetables, like grilled leeks, and dress with a black olive tapenade; the beans are also delicious when tossed with parmesan or chopped anchovies.’ To prepare the beans, she suggests first blanching them in generously salted water: ‘it is actually near-impossible to over-season the water, as French beans don’t absorb much salt,’ she says. Cooking time is crucial, and Jane suggests that you want the beans to be at a ‘squeaky stage’ when serving. ‘If, when you bite into the bean, it squeaks in your mouth, then it’s cooked perfectly.’

The exact cooking time required varies with size, freshness, and also variety – and with over 500 types of French bean in cultivation, options are plentiful. Early ripeners, such as ‘Tendergreen’, with its softly curving, crescent shape, pale green pods and purple markings, provide distinct crunch. ‘Blue Lake’, an heirloom variety developed in 1885, produces especially good-quality haricots, while ‘Cobra’ is long and straight, and very tender. Of the nongreen varieties, ‘Kingston Gold’ has proved popular for its attractive yellow exterior and buttery taste; the purple, twisted pods of ‘cosse violette’ produce excellent flageolets. Judith cautions: ‘there is little difference in flavour between green and other colours, but the purple beans do contain different plant chemicals which nutritionists think may be even better for health than the green types.’ French beans are wonderfully healthy – studies have shown they contain high levels of vitamin C, as well as vitamins A, D, E and K, plus iron, calcium and omega-3 fatty acids.

Whatever their colour, when buying French beans pick those that have a vibrant hue; they should be firm and never limp, and avoid any with brown patches. ‘Freshly picked beans will keep in the fridge, in a plastic bag, for several days,’ says Judith. ‘They also freeze extremely well – just top and tail, cut the beans in half, and blanch them for about one minute in boiling water. Drain, then plunge the beans into cold water to refresh them, and bag them before freezing. They will keep like this for a few months.’ 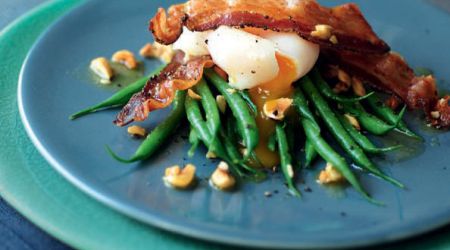 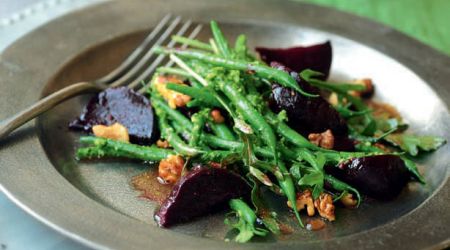 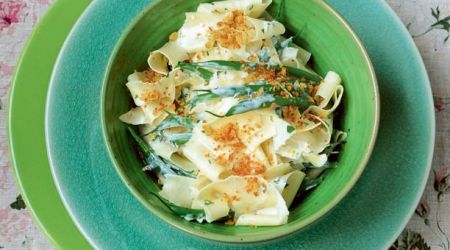