They’re inexpensive, readily available and good for us, so why aren’t we as crazy about herring as our Dutch neighbours, asks Clarissa Hyman?

'Pick the herring up by the tail, dip it in chopped onion, tilt your head back, raise your arm and lower the fish into your mouth as if you were feeding a sea lion. Eat enthusiastically, then wash down with a schnapps chaser. Repeat.’ My instructor could have added ‘ad nauseum’ but after a couple of fresh raw herrings, the latter word was a little too close for comfort. Although the small, slippery fish had a tender, buttery texture and surprisingly mild and ‘unfishy’ taste, I was still a novice herring-dangler. By contrast, at the annual Scheveningen Flag Day to celebrate the arrival of the Hollandse Nieuwe, or New Dutch herring, the cheering crowds, many in national dress, had no inhibition in making significant inroads into the 120 million herrings the country consumes each year.

The herring industry made Holland rich, financing trading voyages to the East and West Indies. No wonder Scheveningen’s flag is three crowned herrings on an azure field. Traditionally, the Dutch would clean and salt the fish aboard the ships for several days, leaving the pancreas, which contains an enzyme that helps ripen and flavour the fish, in place. This process, known as haringkaken, dates back to 1380. Nowadays the freshly caught herring has to be deep-frozen for 24 hours before it is cleaned, lightly salted and stashed in wooden barrels to ripen. This also allows ‘new’ herring, which can only be caught between May and July, to be eaten through the winter months. Another sign of the times is that most Hollandse Nieuwe these days are caught by Scandinavians and processed by Eastern Europeans.

The first new herring is usually pickled and preserved for two to four weeks: good fishmongers buy them straight from the barrel and clean them on the spot, removing the head, pancreas and spine all the way up to the tail. This results in two luscious fillets joined by the tail, eaten with chopped onion to soothe the salty flavour. In Holland, where raw herring is to the Dutch as sushi is to the Japanese, the season kicks off with the auction for charity of the first barrel to come ashore. The record to date is £85,000.

Herring, wherever they are caught, go through the same annual cycle: in winter they are skinny and provide poor eating but in spring, when there is more plankton in the sea, they fill out nicely until the fat content reaches around 16 per cent, and the fish are ready to lay their eggs. The fish, however, have to be caught before they start spawning in July, producing roe and milt. The quality of the herring is also weather dependent as plankton grows by sunlight, so the better the spring weather, the plumper the herring.

Maatjes are young herring caught a month or so later than New Dutch, while they are feeding vigorously before their spawning season. Also known as soused, brined or pickled herring, they are cured in salt then placed in a vinegar and sugar brine. This marinade may contain a range of spices and flavourings such as herbs, mustard, juniper berries, bay leaves, wine and onion. Rollmops – fillets coiled around a piece of gherkin or onion – are said to have originated in 19th-century Berlin. In the UK, herrings that are baked in the marinade are also known as ‘soused’.

Herrings live in large shoals found right across the North Atlantic – the original ‘herring pond’. Especially at spawning time, the fish congregate close to land and the ‘herring girls’, who followed the ‘silver darlings’ down the North-East coast to gut and pack the fish into wooden barrels, once got through so many it was said they would count herrings instead of sheep to go to sleep. Stocks have fluctuated naturally for as long as records have existed, for example in the era of the Hanseatic League, but more recently numbers in the North Sea have also been threatened by overfishing. Quotas and other restrictions have gone some way to solving the problem: fleets in Scotland and Northern Ireland are among those certified by the MSC environmental standard for sustainable fishing.

Traditional ways of eating herring vary: the relatively oily flesh lends itself well to pickling, but they can also be grilled and baked. In France, smoked herring with potatoes in oil is a brasserie favourite, while in Germany they are combined with potatoes, bacon and green beans or served with cream or yoghurt sauces. The Scandinavians bathe their herring in myriad marinades and serve them with boiled potatoes, sour cream and chives and, on Midsummer’s Eve, with boiled eggs. One of the most esoteric ways of preserving herring is that favoured in the north of Sweden, where the surströmming (fermented) herring is left to rot in a barrel with herbs, producing an aroma that can only be described as gruesome.

Sadly, take-up in the UK is dismal compared with many European countries despite the fish’s affordability, availability and health-giving properties. Sweet-cured herring have a certain following but nothing compared to their popular use elsewhere. Yet the Scottish way of coating the fillets in oatmeal and frying in bacon fat is perfectly delicious. Grilled herrings with mustard sauce is another classic.

Great British kippers (full-grown herring), smoked from Scotland, Whitby and the Isle of Man are national treasures, alas, too often honoured in the breach. Kipper pâté is a retro dinner party special. At one time, Sir Laurence Olivier would enjoy a high tea of kippers and a bottle of bubbly while travelling on the Brighton Belle up to London. Now that’s a practice worth reviving. 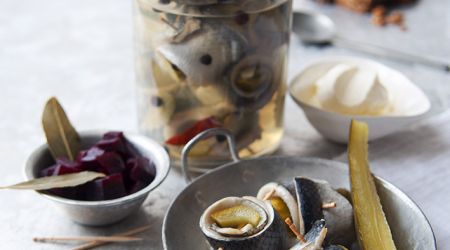 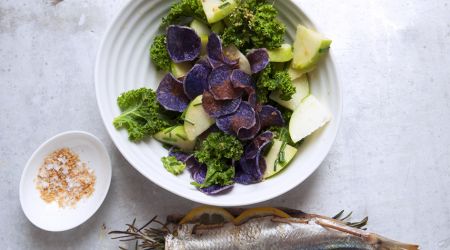 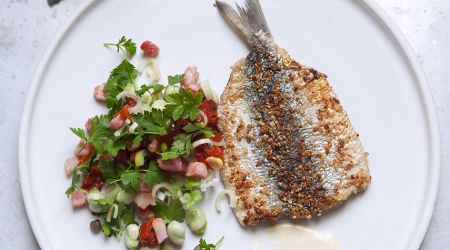 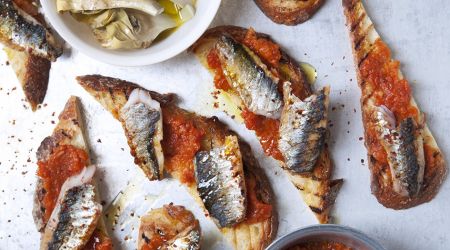 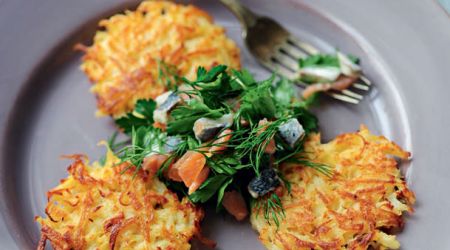