The perfumed sweet-sour flavour of these heavenly fruits is the perfect partner for game, desserts or cocktails. Clarissa Hyman is a true devotee with recipes by Linda Tubby

Passion fruit – what’s not to love? How could anyone resist a fruit with such a, well, passionate name? It helps, of course, that it has a seductive filling secreted within its wrinkled, leathery exterior, like the luscious contents of a cobweb-draped bottle of grand cru claret.

The fruit’s name, however, has nothing to do with ‘passion’ in the sense of great emotion. Spanish Jesuit missionaries in South America used the plant’s flowers as symbols of Christ’s Passion on the cross and called it the flor de las cinco llagas (flower of the five wounds). They were very precise in their analogies between the flower and the Crucifixion: the three styles, or central tubes, represented the three nails; the five stamens were the five wounds (hands, feet and side); the ovary, set on a stalk, is either the sponge soaked in vinegar or the hammer used to drive in the nails; the spiky corona, above the petals, is the crown of thorns; and the five petals and five sepals were the ten faithful apostles (Peter and Judas are excluded from this botanical canon). The priests even likened the vine’s tendrils to whips, and the purple petals to the robe used to mock Jesus’s claim to kingship.

The passion fruit (passiflora edulis) is also sometimes known as the purple granadilla, a diminutive of the Spanish granada that means ‘small pomegranate’. A native of Brazil and Paraguay, the plant is now cultivated throughout South America, most notably in Colombia, where it is known as maracuya, and in warm countries around the world, especially Australia, New Zealand, South Africa, Kenya and Israel.

The passion fruit is a perennial climber, often grown simply for its beautiful flowers in more moderate climates, and is the best known of the fruits of the genus passiflora, a category that also includes passiflora edulis var. flavicarpa, a large, glossy yellow variety that can grow up to the size of a grapefruit. This plant needs a hotter climate than its purple counterpart and is widely grown in Hawaii and Fiji.

Judging when a passion fruit is ripe is counter-intuitive. The skin of the eggsized fruit is smooth and hard when young, turning from green to purple as it ages. It gradually becomes more dimpled and brittle, which looks like the fruit is spoiling – except to those in the know. However, if the skin is extremely wrinkly, the peak moment of deliciousness has passed, and the interior pulp will have dried out. When buying fruit, choose those that feel heavy for their size, with firm, slightly wrinkled skins. They can be ripened further at room temperature but do not keep them in the fridge.

The inedible skin encloses a thin, reddish pith surrounding a white membranous lining. Within the latter is a translucent yellow-grey or greenish-orange pulp that hardly looks appetising, but the intense perfume and wonderful, sweet-sour flavour quickly banishes all hesitation.

You can cut off the top of the fruit like a boiled egg or slice it in half and spoon out the juicy pulp, but for me the best way to eat passion fruit is a method I learnt in South Africa: simply pierce a hole in the end of the ripe fruit, tilt back your head and squeeze the juice into your mouth.

A mass of crunchy black seeds are embedded in the pulp. They are edible and many people like them, although others prefer the juice alone. To remove the seeds, scoop the pulp into a pan with some sugar, heat gently without boiling then press the pulp vigorously through a sieve. You can also freeze the pulp in ice cube trays then pack the cubes into plastic bags. The juice has exceptional viscosity, because of its high starch content, so it requires a lot of dilution.

One particularly harmonious way to diffuse the juice’s viscosity is by mixing it with orange juice. When combined, the two fruits make delightfully scented drinks, ices, yoghurts and desserts.

You can also juice passion fruits instead of lemons for use in syllabubs and icing or add the whole pulp to a fruit salad. The flavour enhances those of other fruits and the pulp makes a lovely topping for pavlova, cheesecake and meringues, flavouring for panna cotta and crème brûlée, as well as an out-of-the-ordinary filling for Victoria sponge cake. Even the humble apple gains an extra layer of sophistication when baked with passion fruit in a tart, according to Michel Roux Jr.

A passion fruit marinade can bring out the flavours of rich meat and game, especially venison and pheasant – try adding the marinade to the final sauce. It partners particularly well with fish and seafood: Peter Gordon uses it in a salsa with walnuts and celery to accompany grilled turbot with minted cauliflower couscous, and Atul Kochar suggests serving squid salad with a passion fruit dressing.

A particularly refreshing and summery drink can be made by mixing passion fruit juice with rum and sugar syrup, and topping it off with a sprig of mint. Or go the Brazilian way: use passion fruit instead of lime when making caipirinha.

The flavour of passion fruit is a magical combination of subtlety with intensity. If the fruit is not eaten au naturel, think of it as a flavouring, a perfume to aromatise a dish much as you would use a dash of vanilla or cognac. Simply divine. 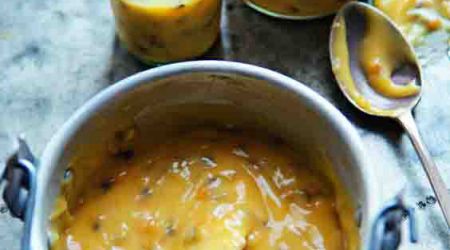 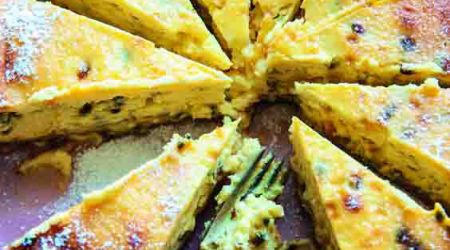 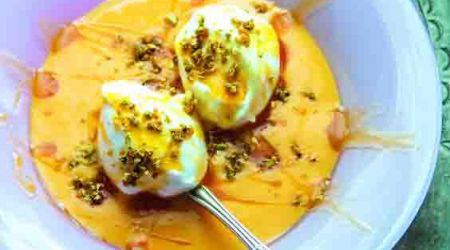 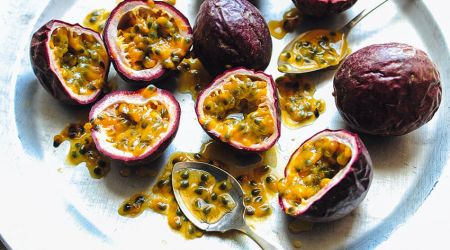 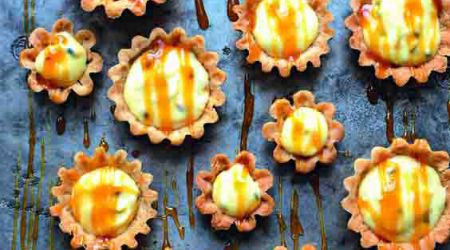