Whatever name you know them by, these tasty, versatile crustaceans are part of the lexicon of every good menu, says Clarissa Hyman

Anyone wishing to master classic Australian dialect must learn certain colloquial words and phrases, among which is the essential admonition ‘Don’t come the raw prawn with me, mate.’

This well-known saying is not a request to refrain from disagreeable, confrontational or aggressive behaviour, as is commonly believed, but instead ‘come the raw prawn’ actually means to feign innocence in a disingenuous way. Get it wrong, cobber, and you lose all your street cred.

Prawns and cold beer have long been associated with Australian cuisine. However, Paul Hogan rather let the side down in the Eighties when he told Americans that he would ‘throw another shrimp on the barbie’ when they came Down Under to visit. It was understandable, perhaps, as Americans don’t know them as prawns, only shrimp.

In Britain, we tend to call small crustaceans ‘shrimps’ and larger ones ‘prawns’ but don’t bank on it. And don’t even get me started on whether the plural of shrimp is shrimp or shrimps. Strewth, it’s enough to make you grab a coldie and go walkabout.

Prawns live in both cold and warm waters of the world but it is often difficult to tell whether a fresh prawn is truly fresh or thawed-out frozen. The best way is to look at the eyes. As the late fish expert William Black graphically described: ‘Frozen prawns have crumpled rather than spherical eyes, the difference being like that between a deflated or inflated football.’

It seems a bit of an insult to describe the Palaemon serratus as the ‘common prawn’ but it is the one that is most frequently found in inshore waters. They walk forwards, searching for food using their tiny dark eyes, antennae and legs to sweep the seabed. If disturbed, they shoot backwards by rapidly flexing and straightening the abdomen. Usually 7-8cm long, they are almost colourless but turn a fine orange-red once they’re cooked. At their best they are luscious and sweet and perfect with bread, unsalted butter and chilled white wine.

The deepwater or northern prawns, Pandalus borealis, are, as their name might indicate, fished in cold Norwegian and Canadian waters. Around 12cm in length, they are red in colour before and after cooking, although they are nearly always boiled at sea as soon as they’re caught. Make sure the ones that you buy have the blue MSC tick on the package.

They’re the go-to prawn for the eponymous cocktail and they’re also a messy pleasure to eat with the shell on, although only what are known as the tails (actually the bodies) are eaten. Be sure to remove any dark gut, which runs along the back. And the front half of the shell also yields flavour, so suck, don’t chuck.

Norway also gives its name to another widely found species: Nephrops norvegicus, the Dublin Bay prawn, also known as langoustine or scampi, although they can be found from Iceland down as far as Morocco. In the book North Atlantic Seafood, food historian Alan Davidson says they were given their Dublin name by Irish fishing boats which often caught them accidentally and then disposed of them to street vendors – including, apocryphally, one called Molly Malone.

Not counting their claws, they average 24cm in length. Whole langoustines can pose a challenge to the diner: traditionally the claws are cracked and the meat delicately prised out with a lobster pick. In my opinion, it’s easier to stick to the shelled sweet, tender tail meat, which is particularly good deep-fried or served cold with a mayonnaise. Thankfully, scampi in a basket has shaken off its retro image and reclaimed its place as one of the finest crustacean dishes of them all.

Fiery red Scottish langoustines are traditionally caught using creels or pots, especially in the turbulent cold seas between Scotland’s west coast and the Inner Hebrides. However, great quantities around Europe are trawled then quickly frozen and processed. The drawback to this industrial method is that long-dead ‘fresh’ langoustines can taste like cotton wool and have a faded, pale pink colour.

The largest warm water marine prawns, Penaeus monodon, usually go by the name of black tiger or giant tiger prawn. They’re light brown to grey-blue and banded with purple, black or grey, and are found off the East African, Asian, Australian and South American coasts. These and the closely related king prawn, Litopenaeus vannamei, are widely farmed, especially in Asia.

In 2013, farmed tiger prawns accounted for more than 70 per cent of the global consumption, according to the MSC. But farming can have serious environmental implications and in some parts of the world it is nothing short of an ecological disaster. Without extremely careful management, disease can make a farm unworkable, mangrove swamps are flooded, toxic chemicals are used and after a few years the farm becomes too polluted to sustain any further farming. However, some farms, particularly organic ones, have adopted responsible practices, so always check the label for that trusty blue tick.

As freezing can dry prawns out, glazing was introduced to protect them but this makes them soft and bland, as well as pushing up the weight of what then becomes third-rate produce.

Don’t get me wrong, frozen can also be good when from a reputable source but they are never going to rival freshly caught ones for taste and texture. Nothing can beat a plate of sizzling fresh tiger prawns straight off the ‘barbie’ washed down with a few tinnies against a background of palm trees, cloudless skies and the test match playing in the background. 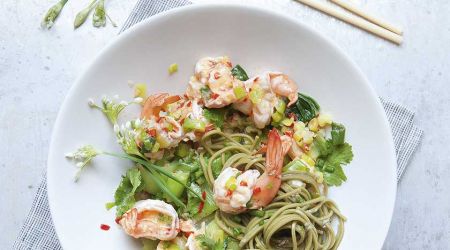 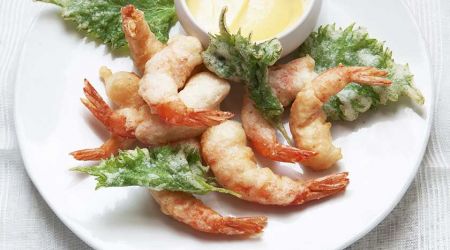 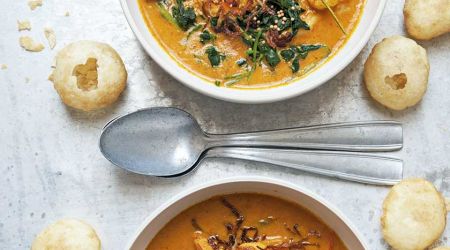 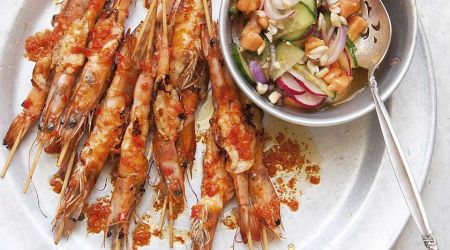