Tasty in tarts, frittata, stews and soups, this colourful beet vegetable is one of the world’s healthiest foods, says Clarissa Hyman

Goodbye kale, hello, chard! If last year saw a moment for curly leaves, the greengrocer’s wagon has now moved on. Today, I give you the technicolour dreamcoat that is Beta vulgaris subsp. cicla var. flavescens, a jewel-like collection of leaves and stalks that can trace its heritage back to the Hanging Gardens of Babylon.

That exoticism, combined with a streak of willful obstinacy in our attitude to things that are good for us, perhaps explains its relatively late arrival on the national scene. Most of us grow out of the ‘I don’t like spinach even though I’ve never had it’ phase, but I confess to feeling the same impulse the first time I ate chard, also called Swiss chard. Even though I knew it was packed with goodness, high in vitamins, minerals, dietary fibre and protein, I was still somewhat suspicious.

But the taste of the leaves took me by surprise: complex and earthy yet still silky and refined. The stalks, cooked separately like asparagus, were delicate and distinctive. The fact that chard is a nutritional powerhouse and one of the world’s healthiest foods is an extra bonus.

Chard is related to sugar beet and beetroot, but the growth goes into making broad, crinkled leaves and fleshy stalks instead of bulb-like roots. It goes by several names such as leaf beet, seakale beet, white beet, silverbeet and spinach beet too. At one time, varieties were grown either for their leaves or stalks: the botanist and writer John Evelyn in 1699 commended the ‘rib of the white beet’ for its melting quality that ‘eats like marrow’, but these days most chards are picked quite young, which allows them to be eaten either separately or in their entirety.

It may be a touch fanciful but the beautiful colours of chard, ranging from fuchsia to jade green and pale ivory, do rather conjure up the long history of the plant in the Arab world, where it has been used in tagines, rice dishes and pastry stuffings. Colocasia is an Egyptian dish of taro that is cooked traditionally with Swiss chard, garlic and fresh coriander.

In Roman and medieval pottages, it was regarded as an essential ingredient, and it is still part of many Mediterranean and Greek recipes because originally it was a seashore plant. Famously, it is part of the popular Provençal pie, tourte de blettes. The recipe has medieval overtones in its mix of chard leaves with raisins, apples, pine nuts, lemon and cheese. An old Auvergne recipe, le pounti is a chard and ham flan which may also be flavoured with prunes and raisins. Blitva is a rustic Croatian side dish of Swiss chard, potatoes and garlic.

All chards tend to be rugged and pretty hardy, which is surprising given the flavour is more delicate than kale or spinach. It has a long cropping season, and even when the leaves are heavily cut, the plant can regenerate and continue to send up healthy new shoots. Packets of mixed chard cultivars known as ‘rainbow chard’ will produce a range of colours – for a great example, try the ever-popular Bright Lights. In the kitchen garden, the glowing red, pink and yellow stalks look spectacular alongside the classic white. Rhubarb chard has puckered green leaves and wine-red stalks, while ruby chard has both beetroot- red leaves and stalks.

White-stemmed Swiss chard is arguably the most reliable for cooking: garden writer Sarah Raven recommends Fordhook Giant, which has luscious dark-green leaves.
Gleaming young chard leaves can also be used as a salad vegetable; like spinach it is good as a wilted salad, briefly stir- fried with flavoured oil and spices. Indeed, spinach is a good reference point for what to do with chard, so use them in tarts, frittatas, stews, soups, pasta and as a wrapping for ‘parcels’ like Greek dolmades. Its natural companions are eggs, tomatoes, Puy lentils, olive oil, lemon and spices, as well as all sorts of cheeses.

Irish chef Denis Cotter has a particularly enticing recipe for aubergines with chard and pine nut filling and roasted pepper sauce. Although, as he says, if the chard has grown large enough, you can braise the stalks on their own in a heavy, covered pan with olive oil, white wine and stock until soft and succulent. It’s a reminder that chard can offer two vegetables in one, although the stems take a couple of minutes longer to cook than the leaves.

Think of chard as a beet with attitude – whose laquered, glossy leaves and creamy stems make it as beautiful as a Flemish still-life painting. It could be the start of a new love affair. 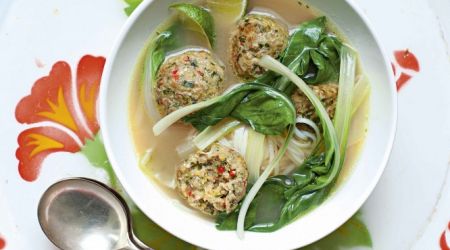 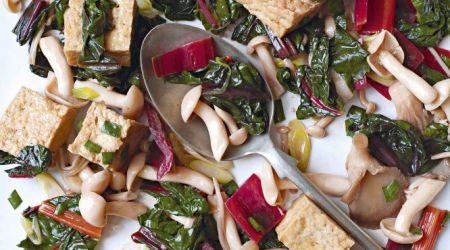 Fried and marinated tofu with rainbow chard and exotic mushrooms 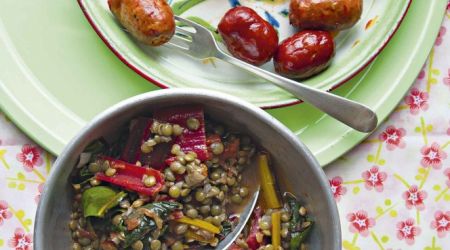 Lentils with mixed chard and tomatoes 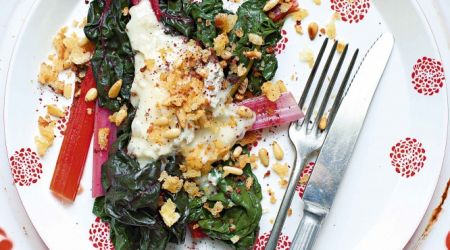 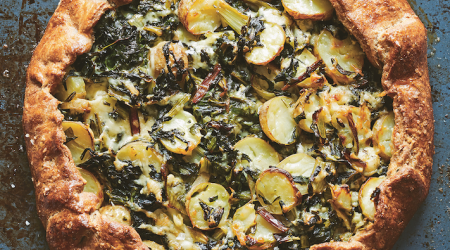 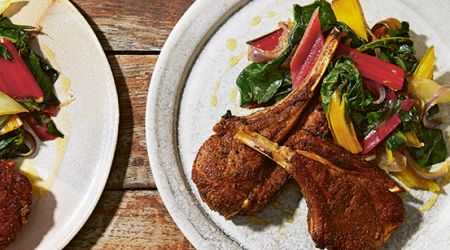 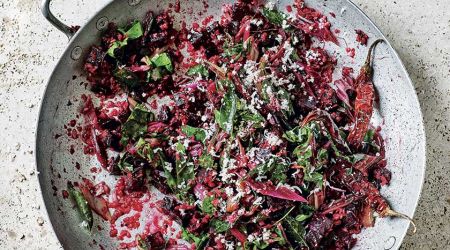 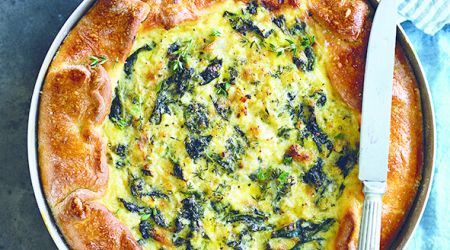 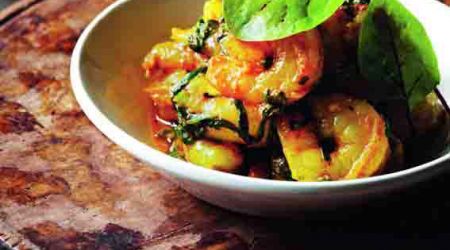