With their powerful scent and sweet flavour, it’s no wonder this fruit is a symbol of wedded bliss. Time to marry them in all types of cooking, says Clarissa Hyman

It needs a special sense of humour to rhyme ‘mince’ with ‘quince’ but Edward Lear clearly delighted in the thought when he conjured the Owl and the Pussycat dining with a runcible spoon by the light of the moon, the moon. Lear, in fact, was not just writing nonsense verse, but following an ancient precedent when he included quinces as part of their wedding feast.

For the ancient Greeks, quince was a symbol of fertility, dedicated to Aphrodite, the goddess of love. Their potency was linked to the fruit’s exquisite fragrance, and they were tossed into chariots in which the bride was taken to her new home. Quinces are still part of the Greek wedding ceremony and are often baked in a cake with honey and sesame seeds that is said to symbolise enduring commitment.

The quince is a native of Persia and Anatolia, and they still grow wild in the foothills of the Caucasus Mountains. They were first cultivated in Mesopotamia and Greece, and Cydonia (now Chania) on the island of Crete was said to have produced the finest in the ancient world. As a result, quince was also called the Cydonian, and its nickname of the ‘golden apple’ in turn led to speculation that it was the legendary fruit of the Garden of the Hesperides.

Taken east across the deserts of the Silk Road and thence to China, they were bestowed with the fabulous name of the Golden Peaches of Samarkand. The Romans called them ‘melimelum’, meaning ‘honey apple’ in Greek, because quinces were usually preserved in honey.

By the Middle Ages, the best quinces were held to be those from Portugal. A high level of pectin makes them ideal for jams and jellies, and the word ‘marmalade’ actually comes from ‘marmelo’, the Portuguese for quince, which is the fruit originally used to make marmalade. Membrillo (quince) paste is still popular in Iberia served with cheese.

Although quinces have been cultivated for over 5,000 years, they unaccountably fell from favour over the past century. One reason may be because they bruise too easily – hardly a supermarket- friendly attribute. Food writer and historian Waverley Root once attributed the decline to a change in our gastronomic education. ‘Since the coming of sugarcane, we have learnt to demand sweetness in our food. The ancient countries where the quince was eaten fresh, and Europe in the Middle Ages, were brought up on less-efficient or less-plentiful sweeteners, like honey or grape sugar. They could appreciate not only foods that were sweet, but also foods that were sour.’

For a long time, the astringent quince was thought to be a kind of pear rather than a separate fruit. The confusion is easy to understand. Quinces indeed have a similar knobbly shape and colour, although the hard, yellowish flesh turns a delicate pink when cooked. Generally, they are preserved or cooked in both savoury and sweet dishes, although some new varieties have been developed that are just about mild enough to eat raw.

Quinces are often used in fatty dishes such as those made with chicken, pork and game: the acidity counteracts any greasiness, and meat and sour fruit stews and stuffings are characteristic of Persian, Moroccan and Romanian cooking. It is interesting to note the menu from the coronation of Richard III in 1483 includes a dish called ‘Quynces Bake’ in which the quinces are cored, filled with sugar and ginger and baked in a pastry coffin.

In 19th-century Britain, quinces were traditionally served with partridge, and a quince was added to apple pie for extra colour and flavour. A little goes a long way, and a few slices can make a subtle difference to cooked dishes, cakes and tarts. The fruit’s sharpness prevents rich puddings from becoming cloying. Quinces combine well with apples and pears, as well as almonds, oranges and ginger. Poaching is perhaps the best way to bring out the full flavour and velvety texture; try poaching them in pomegranate juice to give a stunning purple colour. Quinces also contain a surprising amount of juice that can be turned into cordials and liqueurs.

It’s possible to find quinces at farmers’ markets and ethnic shops, but there are an unexpected number of quince trees in people’s back gardens that bear fruit only appreciated by the birds, squirrels and last of the summer wasps. Their brief but exquisite blossom is a pleasure to anticipate through the dark winter months, and the fruit that appears at the end of summer charmingly turns from pale green to rich golden yellow, with a furry grey coat. Colour is the best indication of ripeness, although less ripe fruit has the most pectin. Meech’s Prolific is a highly productive variety, easy to grow and self-pollinates, so you only need one tree to get fruit.

Even before you cook with them, quinces can scent a room. Just one golden fruit in a bowl will make you wonder why they were ever forgotten – and not at all surprised to learn it was most likely a quince, rather than an apple, that tempted Eve to pluck it from the tree in the Garden of Eden. 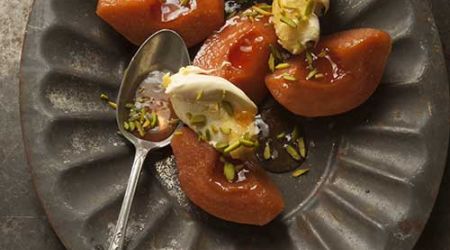 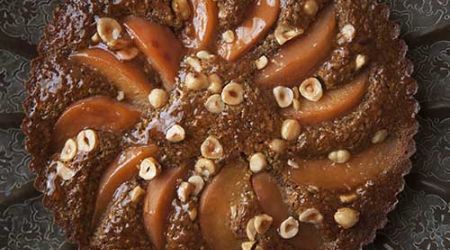 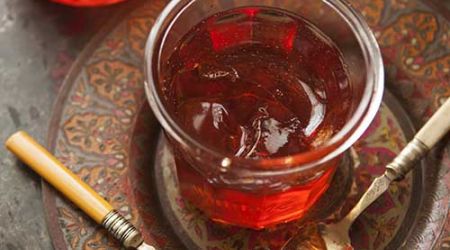 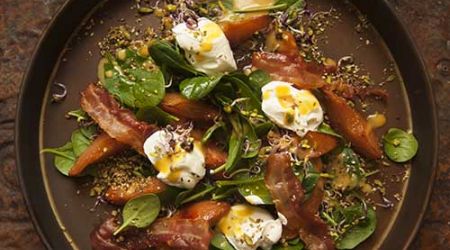 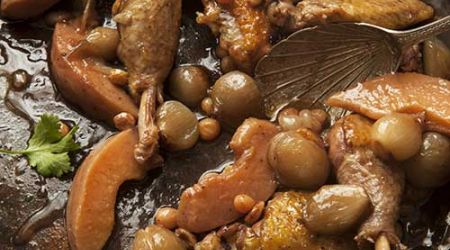 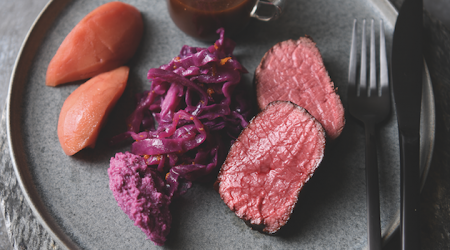 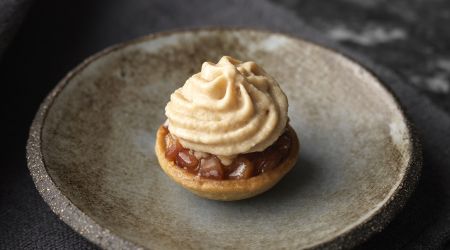 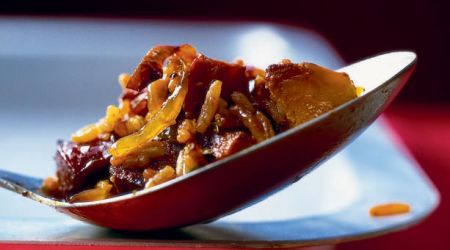 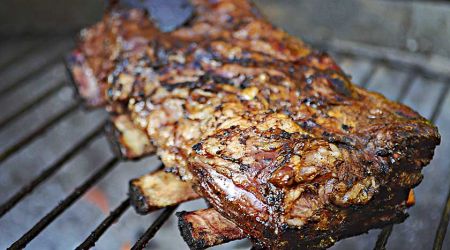 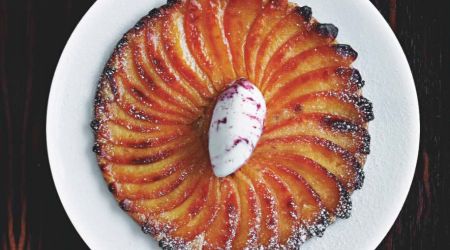 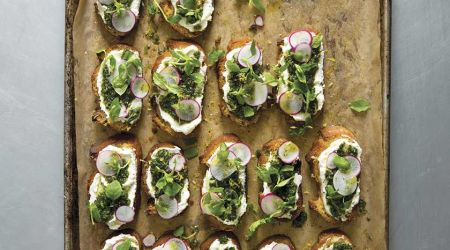 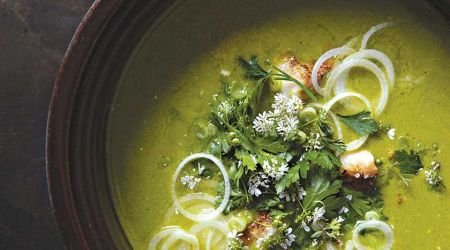 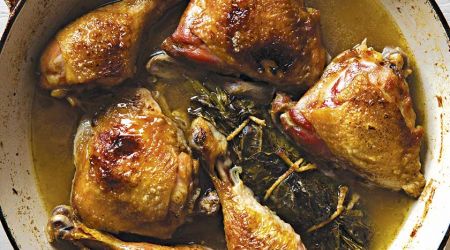 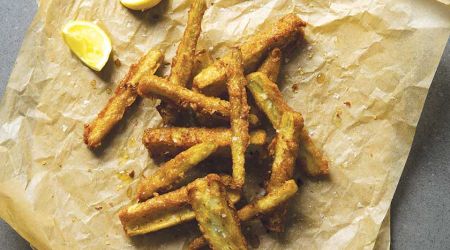 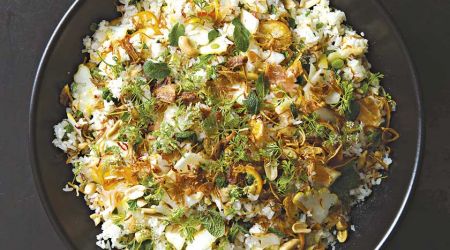 Burdock and mushrooms on Danish rye 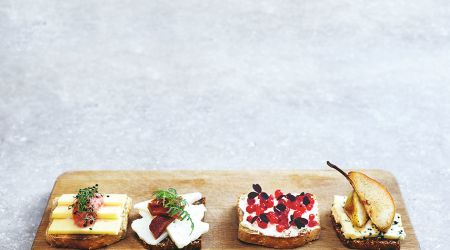 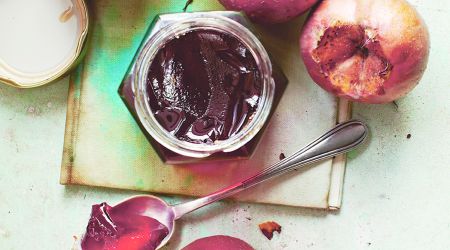