The silver bullets of the sea have shed their oily reputation and embarked on a fresh journey, says Clarissa Hyman

Sardines are small but perfectly formed fish that come in electric shades of gunmetal silver, green and blue with delicate, overlapping scales that give them a quilted effect. So why did I used to hate them so much? Especially when they were served on toast.

And as for the dreaded pilchard, or sardinus pilchardus, it was no surprise to learn it was a grown-up sardine – larger and older if not wise enough to avoid being brutally smothered in a can of acidic tomato sauce.

Perhaps it was the word ‘nutritious’ that condemned it in my teenage soul, or the rank oiliness of the bargain-basement cans, or the weird crunch of little bones. Or even being suffocated in a childhood game of sardines. But that was BM, Before Malaga. Before a first holiday in the sun revealed an astounding truth: you could eat a sardine grilled fresh from the sea and move straight to heaven on Earth. Especially when the sardines were threaded on to skewers and barbecued over a wood fire on the beach (moonlight, salty breeze and sunburnt skin all optional).

Mediterranean countries have always known the delicious truth about sardines and pilchards and it’s crazy that we Brits have often been prepared to pay more money for fresh, large sardines from France that were probably caught off the English coast anyway.

Rebranding the pilchard as the Cornish sardine has helped restore the balance, along with the proper realisation that both sardines and pilchards are among the fish that are rich in omega-3 fatty acids, as well as other vitamins and minerals.

Forget the word ‘oily’. Despite the high content, much of which is held in the skin, sardines lack an overly slick mouthfeel.

The dark flesh is pleasingly succulent with a robust, sesame-like nuttiness. The small bones are filament- thin and are scarcely noticeable when they’re eaten.

The fish swim in shoals, feed on plankton and grow rapidly. They also have a reputation for timidity. In A Natural History of Ireland (1755), the writer notes the loss of the fish from Bantry Bay in Cork was supposedly due to the shock that they experienced after the battle between the English and French.

Sardines are perfect for fine- weather grilling and barbecuing. Fire crisps the skin and outdoor cooking provides natural ventilation (there’s no denying their somewhat pungent odour). In Spain and Portugal, they are often butterflied before being grilled or deep-fried.

They lend themselves well to North African-style treatment. Preserved lemon, for example, cuts the oiliness in a refreshingly tart way, and spices such as ginger, cumin, cinnamon and nutmeg bring out the richness.

Seafood chef Mitch Tonks suggests a simple but brilliant way of grilling them with fennel seeds, black pepper and sea salt, while Greek cookbook author Aglaia Kremezi has a recipe for sardelosalata, a sardine version of taramosalata.

Pilchards can be used in a similar way. In the past, Cornish folk would pickle the fresh fish or bake them in a marinade of spiced vinegar. Fresh pilchards poked their heads heavenwards in stargazy pies or were baked with potatoes and cream in a long-forgotten dish called dippie.

Pilchard preservation is part of a very old export trade when Cornish fish would be salted and pressed for France or salted and smoked for hotter countries such as Italy and Spain. The Pilchard Works in Newlyn keeps the tradition alive in partnership with the oldest sardine cannery in Brittany.

France was the birthplace of the canned sardine industry, when the technology of new 19th-century conservation methods came together with the push to feed the growing number of French foot soldiers.

The second most exciting innovation to happen to the sardine was probably the replacement of the ever-elusive key with the ring-pull.

The finest, hand-prepared, canned sardines are always fresh, never frozen. They command a cult following, have vintage years like wine and need to be turned regularly so they age evenly. Iconic cookery writer Elizabeth David was once sternly informed by the director of a top French cannery that its fine sardines should never be cooked or served hot on cold toast ‘... Please, no shock treatment’.

‘Le top du top’ brand, as the French say, is Rödel. They are packed in olive oil, with or without skin and bones, but they also make flavoured ones with green peppercorns, lemon, peppers and truffles. I never thought I would get so excited about tinned sardines until I tasted them, although they average around £5 per elegant can. My mother and all her friends down the Co-op would have had a fit. 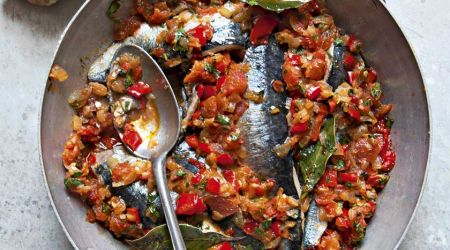 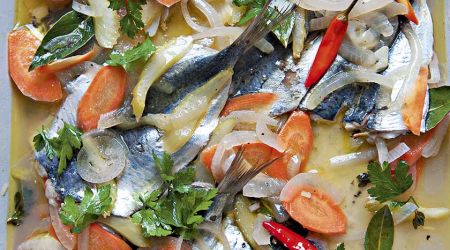 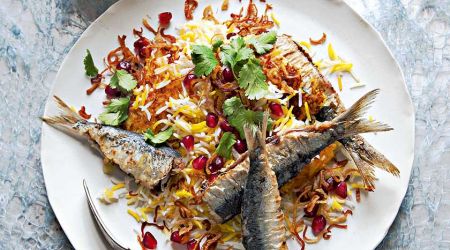 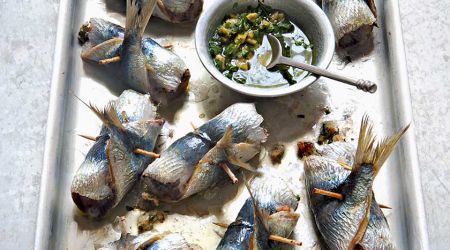 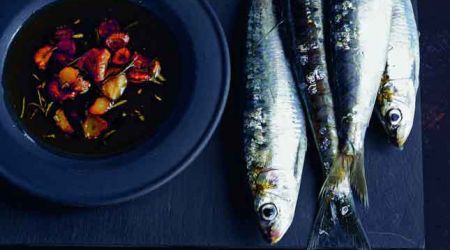 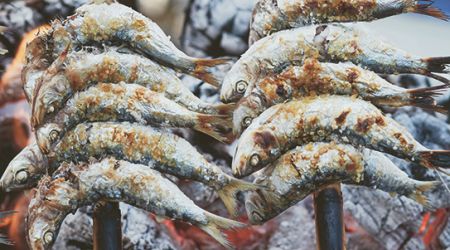 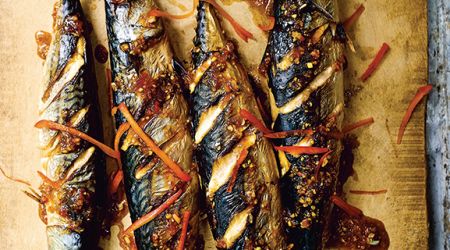