We cook with its oil and are familiar with tahini, made with the seeds, but how else can we use this ancient ingredient? Clarissa Hyman looks to the past for inspiration and Linda Tubby showcases four of her favourite recipes

There was a time when the only associations most people in this country had with the word sesame were Ali Baba's magical catchphrase or the street where Kermit could be found. Today tahini, made from the crushed seeds, is a familiar storecupboard item and sesame oil stir-fries part of the weekly family menu.

The innumerable tiny, flat, pear-shaped seeds are used, either raw or toasted, as flavourings. They are usually white but can range in colour from cream to brown, red to black; all share the same rich flavour and have a white inside that is revealed when hulled. Pressed seeds are used in Asian and Middle Eastern cooking pastes. Tahini is extracted from seeds soaked in water, crushed with a heavy hammer and put to soak again in highly salted water, allowing the bran to sink while the kernels are skimmed off the surface. These are then grilled and ground in order to release the thick oily cream.

The seeds contain around 50 per cent oil, usually extracted by cold pressing, with a taste that has been compared to roasted hazelnuts. In China, it is used for salads and cooking, the name translating as ‘fragrant oil’. In some regions it is used for general frying purposes; in others it’s added to sweet or savoury dishes in small amounts just before serving. In all its forms, sesame has long been a feature of Japanese cooking, especially in shojin-ryori (the vegetarian cooking developed in Buddhist monasteries). It’s a tradition that hasn’t gone unchallenged – the explorer Isabella L Bird wrote in 1881 that when the oil is heated for deep-frying it produces ‘one of the most horrific smells in Japan’.

As one of the most ancient foodstuffs known to mankind, the wild species largely originated in Africa, and The Oxford Companion to Food notes it is one of the first oil-yielding plants to be cultivated centuries ago in Egypt, the Near East and China. The word sesame is of ancient Egyptian origin and is one of the few words to have passed into modern languages via Greek and Latin. It often gets a mention in classical works: in the 1st century AD, the physician and author Dioscorides noted the sprinkling of sesame seed on bread in Sicily.

Today sesame is grown all over the world in tropical and subtropical climates – anywhere it can be protected from frost. The herbaceous plant can grow over 2m tall and bears its seeds inside small, sausage-shaped pods about 2.5cm long. The pods of early strains had a tendency to split abruptly open, allowing the seeds to scatter (some suggest this may account for Ali Baba’s ‘Open, sesame’ command). Once the seeds are ripe, the plants are cut, bundled and stacked upright. When dry, they are turned upside down and the seeds shaken out.

The raw seed is somewhat tasteless, but gentle roasting and grinding bring out a distinctive nutty flavour. When toasting or dry-frying, do so until they jump vigorously. Refined sesame oil has a lightly nutty and earthy flavour; if the seeds are roasted before processing the oil has a strong, toasty aroma and flavour. Sesame halva, a by-product of sesame oil production, is made by finely grinding the solid seed remains, sweetening them with sugar syrup or honey and pressing the mixture into a solid cake.

Sesame seeds are high in protein and polyunsaturated fatty acids, making them particularly useful in plant-based diets. While it has a low yield compared with other seed and nut oils, it is free of unwanted odours and retains its quality longer than many others.

Sesame seeds pair well with chicken, fish, vegetables, peanuts, rice, noodles, honey and lemon. They can be added to rice before stuffing vegetables and enhance pilafs, sauces and stuffings. They are also used in many classic seasoning mixes such as the Middle Eastern za’atar and the Japanese seven spice blend.

Sprinkle over bread, cakes, biscuits and pastries; top rice and noodle dishes and coat foods and titbits with them before frying. Use sesame seed paste to add richness to dips, sauces and dressings like hummus, tarator and baba ganoush.

HOW TO SHOWCASE THEM

Dishes that highlight the seeds include bang bang chicken, spinach with sesame dressing and prawn toasts. The black seeds can add impact to sauces and dressings.

Food writer Anissa Helou records diluting tahini with the juice of Seville oranges and stock, which is then cooked to make a special sauce for kibbeh – meat and bulgur wheat balls. The seeds and paste can also be sweetened with sugar, syrup and essences for use in baking and confections.

Although the seeds are rarely the chief ingredient in a dish, one notable exception is sesame tofu. For this the seeds of the white type are roasted, ground to a smooth paste, mixed with water and arrowroot, cooked slowly and set in a rectangular mould. The tofu is eaten by itself or used to top a clear soup.

The seeds are usually available hulled. As they deteriorate with age, check the best-before date on the pack. They can be kept in an airtight container in a cool, dark, dry place for up to three months, stored in a sealed plastic container in the fridge for six months or in the freezer for up to a year.

In Japan, the roasted seeds are sometimes combined with salt and placed on the table as a condiment. 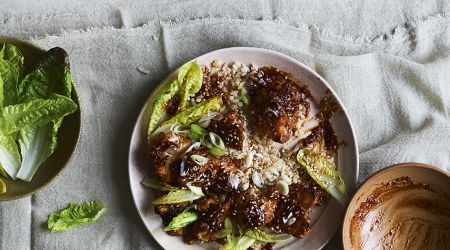 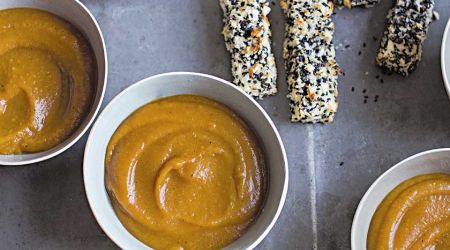 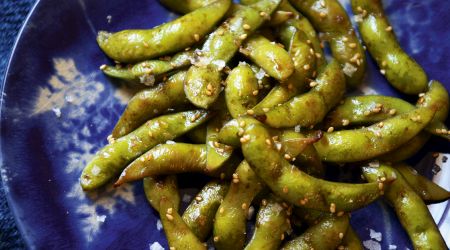 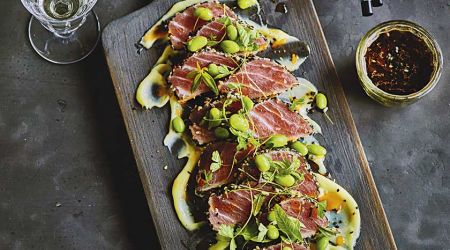 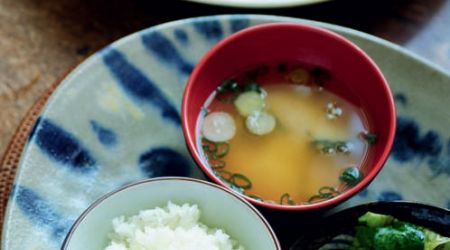 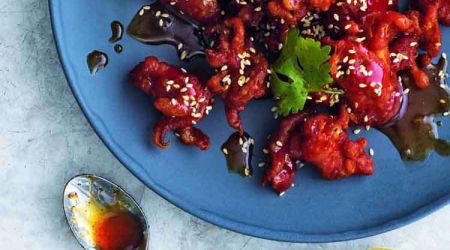 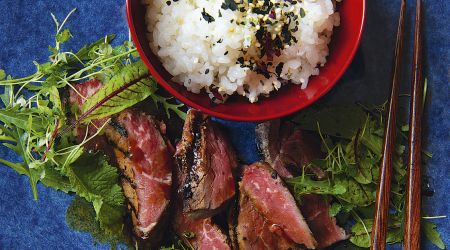 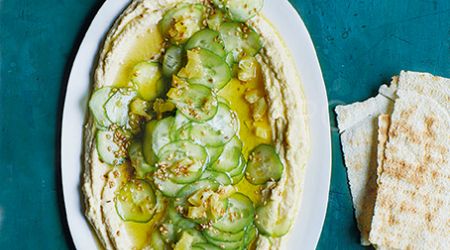 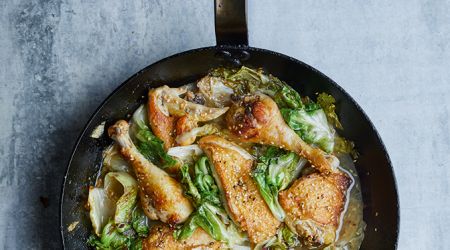 Pan-roasted chicken with sesame and endive 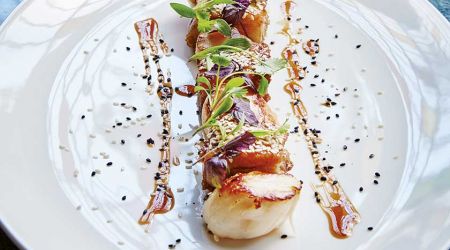