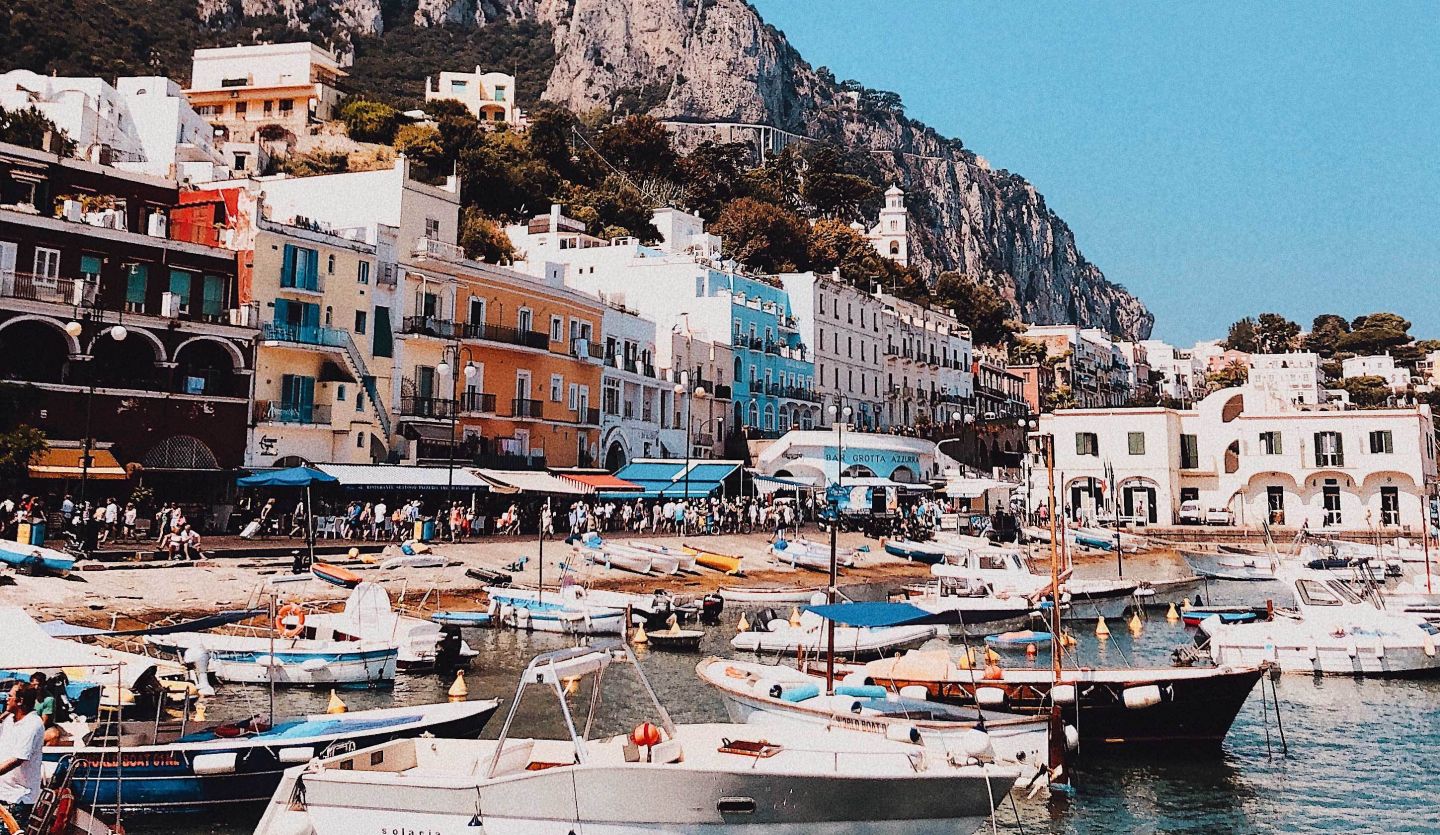 Well-loved by the well-heeled, Italy’s west coast island is a heady mix of sun-bleached piazzas, secret coves and seafood spaghetti. Fleur Rollet-Manus slips on her sandals

Rising some 300m from the southern edge of the Bay of Naples, Capri has a storied history of hypnotising everyone from the Romans to royalty. Emperor Tiberius arrived when Rome became too hot, while Augustus fondly named it ‘Apragopolis’ (city of sweet idleness). A fitting moniker for an island that encourages you to take leisurely lunches, Aperol-fuelled aperitivos and peaceful evening passeggiatas. Jackie O, Elizabeth Taylor and Brigette Bardot succumbed to its charms in the Sixties, but nowadays it’s less of a paparazzi paradise and more content in being hailed as Naples’ chic cousin. Shrubs are manicured, whitewashed villas are smothered in bougainvillea and the fragrant scent of lemon breezily wafts through the winding streets – it’s every bit as glamorous as the women who cluster in the Piazzetta for coffee. Summer sees day-trippers from nearby Sorrento and Naples descend with such force it’s a wonder the island stays afloat. Visiting now, during shoulder season, means great weather and fewer crowds.

Located on the flower-filled Via Tragara, Hotel La Scalinatella 00 39 081 837 0633, scalinatella.com is welcoming and well equipped, with hand-painted majolica floor tiles in its 30 rooms. As the only hotel in Capri to be built on the coast, JK Place Capri 00 39 081 838 4001, jkcapri.com resembles a private palazzo. Each of its 20 rooms boasts a sunny terrace,sleek marble bathroom and devilish details such as hand-sewn
mattress toppers and Egyptian cotton towels and robes. Perched above the Faraglioni rocks is Puntra Tragara 00 39 081 837 0844, hoteltragara.com which welcomed Winston Churchill during the Second World War, when it was seconded as an American control centre. It then passed to Count and Countess Manfredi, who used it as a summer home to entertain guests before turning it into a sumptuous 44-room retreat with two wonderful salt-water pools.

Proving that not all plates must be pricey in Capri, Da Gelsomina 00 39 081 837 1499, dagelsomina.com is a locally loved taverna that started as a food kiosk in the 1950s. Produce is from the garden, where rows of potatoes have been planted between the grapes (the family also makes its own wine). Try the pollo al mattone, chicken grilled over bricks and doused in lemon. Avoid the waterfront tourist traps offering extortionate prezzo fisso and head to Lo Smeraldo 00 39 081 837 5072, losmeraldocapri.com for bowlfuls of lightly fried fish. After carafes of crisp rosé, take a siesta on one of the sun loungers available to rent on the secluded beach (£4). Il Riccio’s 00 39 081 837 1380 Michelin star may come as a surprise due to the laid-back beach setting, but after the first mouthful of Chef Salvatore Elefante’s sea urchin spaghetti, you’ll understand. Its ‘Temptation Room’, entirely devoted to Neapolitan sweet confections, gets our vote – its almond-filled Caprese cake is one of the best on the isle.

Currency is the euro (EUR). Time is 1 hour ahead of GMT. Flight time from London to Naples is 2 hours 40 minutes. From here, take Caremar a ferry to Capri, which takes around 1 hour.

The Italian Tourist Board has a website bursting with tips and practical information to help you plan your visit. italia.it