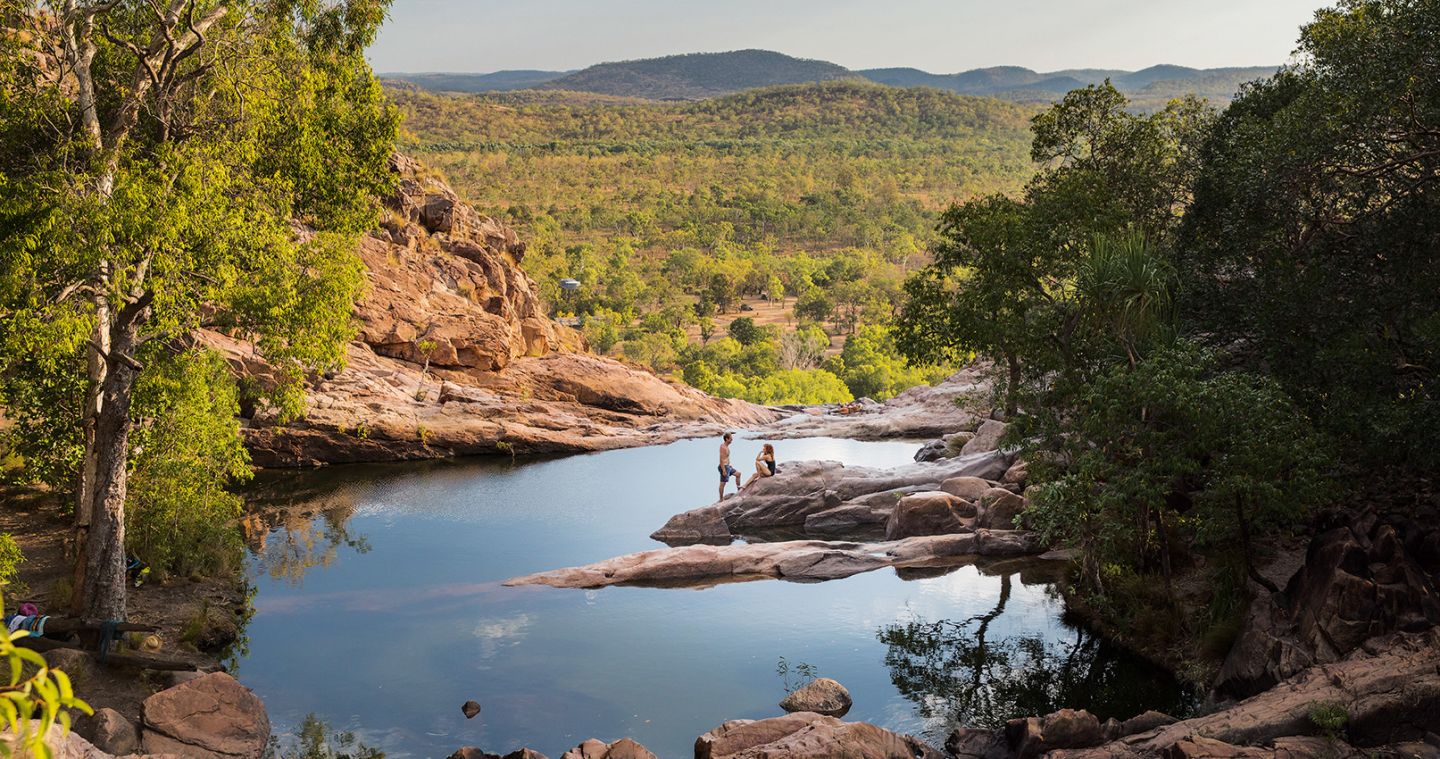 Darwin is finally beginning to garner the attention it deserves as one of Australia’s most vibrant regional capitals. A stronghold for Aboriginal art, this small tropical city – population 140,000 – boasts a burgeoning café scene and unhurried pace of life. May is the start of dry season, when Darwin wakes from its misty slumber and the city’s many bohemian market open for business. It also marks a great time to stroll around the 42ha George Brown Darwin Botanic Gardens. From 25-26 May, the Territory Taste Festival rolls into town. Based right on the water, try pop-ups from the region’s top restaurants and meet local producers.

Darwin has been almost entirely rebuilt four times due to air raids and cyclones, but the remains of some robust stone cottages dating to the 1800s and Australia’s earliest settlers survived the fallout and are set around Smith Street. The Royal Flying Doctor Service Darwin Tourist Facility rfdsdarwin.com.au has some great interactive assets, including a virtual reality experience of a vivid account of the Second World War Japanese bombing of Darwin, a talking hologram of a naval officer who survived the air raids and a decommissioned RFDS turboprop aircraft. After, book a tour with Art Walk Eat northernterritory.com on foot or by bike. From the city’s most ethical Aboriginal art galleries to new street murals, photography studios and best places to eat, it’s a great way to explore the city. The Museum and Art Gallery of the Northern Territory magnt.net.au pays homage to the region’s long pedigree for indigenous creativity. For food trucks, crafts and live music, head to the markets. With more than 200 stalls, Mindil Beach Sunset Market is particularly lively on Friday night, but for a roving breakfast of pastries with stewed quandong (native peach), try Parap Village Market or Malak Market, both on Saturdays. Of an evening, catch an indie flick beneath the stars at the Deckchair Cinema deckchaircinema.com – right on the edge of Darwin Harbour.

Check in to Darwin Waterfront Luxury Suites 00 61 8 8921 8833, darwinwaterfrontluxurysuites.com.au or Vibe Hotel Darwin Waterfront 00 61 2 9356 5062, tfehotels.com – the pick of the bunch at the modern Waterfront precinct. The former offers spacious, minimalist apartments, while the latter features a secluded pool and cosy communal areas dotted with art. Palms City Resort 00 61 8 8982 9200, palmscityresort.com is packed with charm, enveloping guests in a swathe of tropical greenery in the heart of the city. The villas boast lofty ceilings and barbecues on private verandas. The best boutique options are mostly found within self-contained villas and apartments, such as open-plan The Bali House 00 61 8 8942 3012, morethanaroom.com.au which takes design inspiration from its namesake destination.

High-end, waterfront Pee Wee’s at the Point 00 61 8 8981 6868, peewees.com.au has native saltwater barramundi (similar to sea bass) on the menu, delicately perfumed with lemon myrtle and served alongside a slick of velvety mash. In an urban, Melburnian-style warehouse fit-out, Little Miss Korea 00 61 8 8981 7092, littlemisskorea.com offers creative Korean flavour pairings. Don’t miss the Moreton Bay bug-tail wonton – a plump ‘bug’ (type of lobster) wrapped in tempura and offset by a parcel of prawn and snapper and creamy basil purée. Six Tanks 00 61 8 8923 9780, sixtanks.com.au is the first craft microbrewery pub in all of the Northern Territory. Five house beers are always on draught, and more than a dozen guest taps showcase ales and stouts chiefly from Australia; they also do decent wood-fired pizzas and sharing platters. For garlicky greens, house-made tagliatelle and citrus-cured barra’, try Wharf One 00 61 8 8941 0033, wharfone.com.au whose deck is illuminated by twinkling lights.

A cool dip in a hidden swimming hole is a must here. Take a mosey to Litchfield National Park with Wallaroo Tours who know all the coves. 00 61 8 8981 6670, wallarootours.com

Currency is the Australian dollar (AUD). Time is 9.5 hours ahead of GMT. Flights from the UK take around 18.5 hours. The cost to carbon offset is £28.53. For more information, see climatecare.org

Qantas has flights from London Heathrow via Perth. qantas.com

Singapore Airlines flies from Heathrow to Darwin with one stop in Singapore. singaporeair.com

Tourism NT is the official tourism board. Its website is packed full of useful information about the region. northernterritory.com