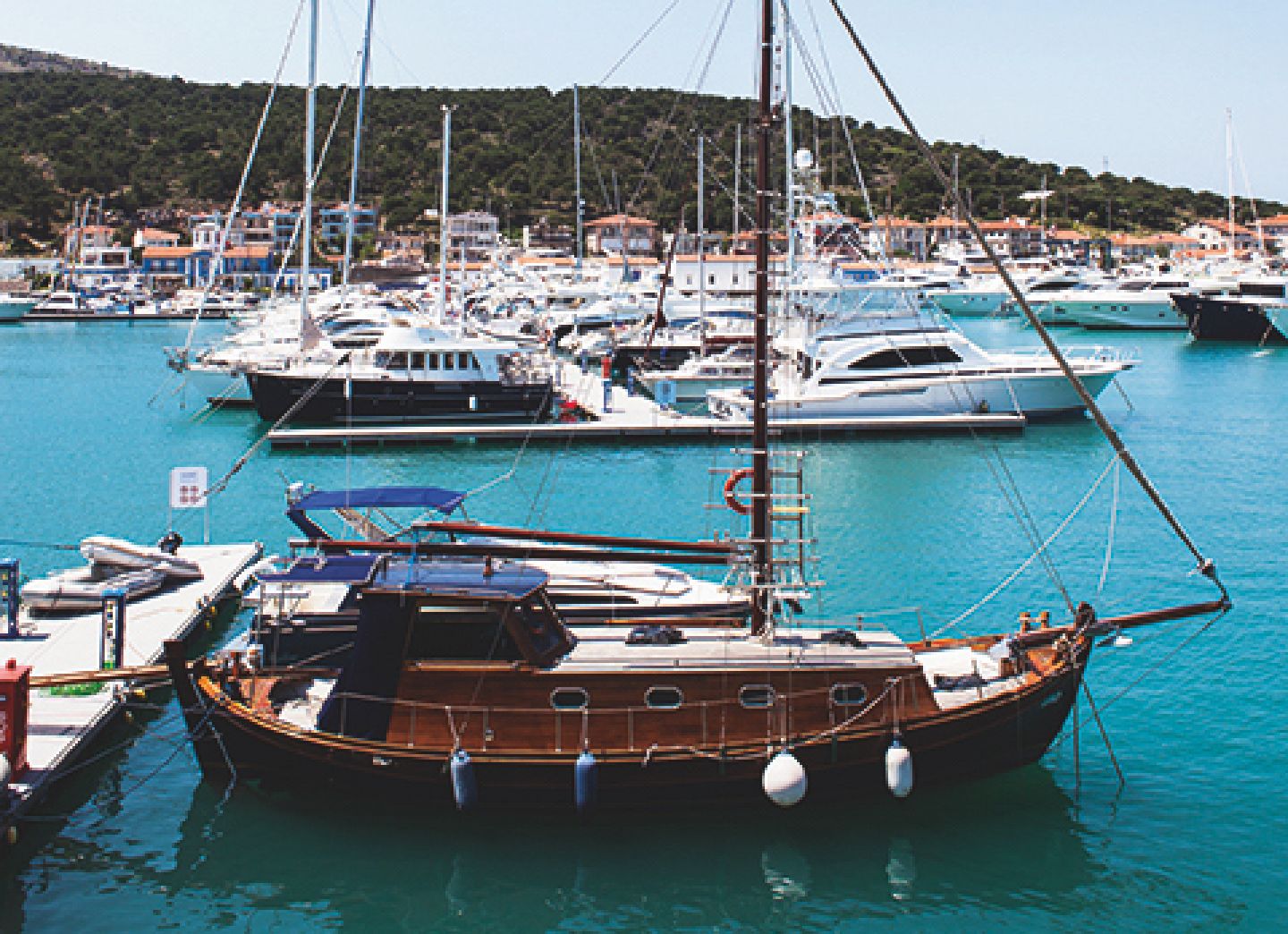 Stretching along Turkey’s Aegean coast, this cosmopolitan city blends antiquity with modernity, and has much to offer the hungry visitor. Tristan Rutherford gets stuck in

The tale of Turkey’s third city is one of migration. Sephardi Jews brought boyoz pastries stuffed with artichokes and tahini, while Levantine traders nibbled nettle, chickweed and over 100 edible herbs from across the Mediterranean. The cacophonous Kemeralti Bazaar – one of Turkey’s oldest – highlights more recent flavours: think mint soup, lahmacun pizza and gevrek bagels from the Caucasus, Muslim Balkans and Turkey’s wild east. Most foodies jet in during spring, when Izmir’s regional flavours bloom, along with its citrus trees. The pedestrian-friendly ‘Pearl of the Aegean’ is also the nation’s leading street-food city. Hop along to find midye tava mussel skewers, katmer cheese puffs and sambali semolina-almond desserts. Pleasant highs tickling 25C make May ideal for pootling before the full-blown blaze of the summer months.

Fuel up with a strong cup of Turkish coffee and make your way to the breezy Kordon promenade, Izmir’s answer to the Rive Gauche or Las Ramblas. It crowns an unashamedly liberal city that looks seaward for culture and cuisine: pious Easterners scorn the settlement as ‘Infidel Izmir’. Expect bike paths, kite flyers, kissing teens and wine bars pouring local pinot noir. A block inland, whitewashed Greek streets house squid’n’ouzo tavernas, ancient churches impose, and just past the labyrinthine Kemeralti Bazaar with its stalls, tea gardens and artisan boutiques, is an agora used to store olive oil and feta cheese when Marcus Aurelius sat on the throne in Rome. Amble amid its remains or pop into the Izmir Archaeology Museum izmirmuzesi.gov.tr which shows artefacts from the seafaring suburb of Teos. The ultimate sunset spot is the Asansör lift (from the French ascenseur), built back in 1907. A rickety ascent opens onto panoramic views from a vintage café.

A little outside of the city centre, Club Marvy 00 90 232 797 6364, clubmarvy.com is a gem of a resort with twin sandy beaches (one adult-only). It harvests its own fruit and presses its own olives into oil. This year sees the arrival of Buono. Italiano by Michelin-starred Italian chef Cristina Bowerman, which sources ingredients from Degirmen Farm, the region’s first organic orchard. Swissotel Efes Izmir 00 90 232 414 0000, swissotel.com is sited betwixt every culinary and cultural highlight. The hammam, pools and press-your-own pomegranate juice machine are a bonus. Key Hotel 00 90 232 482 1111, keyhotel.com is all about the sea views. Their 250-bottle wine list includes vintages from the Roman-era vineyards of Urla. In 2018 eco-chic Gaia Alaçati Hotel 00 90 232 729 7777, gaiaalacati.com opened to reveal upcycled furnishings including a bar made from old lamp posts.

A five-minute drive from Izmir’s airport are the rippling vineyards of Isabey winery, in business since 1942. Now more popular as a vine-choked restaurant, it serves sumptuous steaks paired with its own famed sauvignon blancs. isabey.com

Currency is the Turkish lira (TRY). Time is 3 hours ahead of GMT Flight time from London is 3 hours 40 minutes. The cost to carbon offset is £6.29. For more information, visit climatecare.org

Visit Izmir is the local tourist board. Its website couples recipe guides and history lessons with videos and practical information about visiting Turkey’s most easygoing city. visitizmir.org