These true-blue fruits redolent of American summers and English picnics are at their juicy and sweet best in mid-summer, says Clarissa Hyman.

The first time I went to the US, I stayed up all night channel-hopping like crazy and eating blueberries. Blueberries! As in finding my love on Blueberry Hill. Blueberries, as in singing the blues and the colour of Elvis’s suede shoes. It all merged in my fogged, adolescent brain. True blue may mean something else on this side of the pond, but to eat true blue food was then a wildly exciting first. Why didn’t the Brits do blue berries, I pondered, as I raided the stash in my aunt’s refrigerator the size of Brooklyn Bridge?

Bilberries, my aunt said. You have bilberries. No, I argued through indigo lips, they were purple not blue. Tart and tiny. Blueberries, well, they were as American as apple pie, as sweet as Doris Day. Large enough for a single one to give a satisfying, juice-squirting pop, but small enough to throw a handful in your mouth at a time.

Both blueberries and bilberries belong to the same genus, Vaccinium – a family that also includes cranberries and huckleberries – and are found in similar conditions of boggy, acid soil. Wild blueberries are indigenous to North America and were much eaten by the Native Americans: raw, sun-dried, in soups, stews and pemmican (a pounded, dried meat). It is believed they gave berries to the early pilgrims to help them through their first winter.

For a long time no one believed blueberries could be domesticated, but a pair of determined plant breeders finally produced the first commercial crop in New Jersey in 1916. The hybrid cultivars we know today can trace their heritage from three native American species that range from high bushes growing up to three metres tall to a dwarf variety that may be no more than 15cm high. In the spring, the bushes sprout clusters of beautiful white blossoms, each one eventually becoming a berry – first hard and green, then reddish-purple and finally blue with translucent green flesh.

Maine is the blueberry production capital of North America, but most of their berries are from ‘lowbushes’ and are destined for food processing. ‘Highbush’ blueberries for the table come largely from Michigan, New Jersey, Oregon, North Carolina, Georgia and Washington.

In Britain, cultivation really only got going in the 1950s, and is centred around East Anglia and Wimborne, Dorset. Poland is now the largest European grower, exporting mostly to the UK, France and Germany. The season for fresh berries runs from July to September but winter fruit is imported from countries in the southern hemisphere. Chile’s clear blue skies, hot days and cool nights are ideal for blueberry growing and since they were first planted in the 1980s, the number of hectares on which they are cultivated has sky- rocketed. For the fresh market, blueberries are mainly picked by hand, but sadly by the time they arrive in this country they are often mushy and flavourless. Much of the crop is destined to be frozen, shaken by large harvesting machines into a catching frame.

Little, to my mind, can beat a bowl of sweet-sharp English blueberries with thick double cream and a light sprinkling of sugar, but they can also be used in pies, cheesecakes, pancakes or with ice cream. Suspend in a clear jelly or add to summer pudding, at its best in July; poach in a light sugar syrup fragrant with citrus and cinnamon; or use in a sauce to serve with duck or game. Pair with pectin-rich fruit to make jelly and jam (which is how the French prefer to eat them).

Dried blueberries also make a good addition to cakes and muesli. In The Adventurous Vegetarian, Jane Hughes gives an intriguing, vegan New Zealand recipe for blueberry and cashew cheesecake.
The iconic US classic, however, is the muffin and the berries work particularly well as they seem to burst within the mix while it bakes, to spread flavour and streaks of colour throughout. At one time, American muffins were termed cake and, writing in 1894, the author and literary critic William Dean Howells recalled a Boston breakfast when his fellow diner expressed a ‘burlesque pretence that morning of an inextinguishable grief when I owned that I had never eaten blueberry cake before, and how he kept returning to the pathos of the fact that there should be a region of the Earth where blueberry cake was unknown’.

When shopping, look for smooth, plump berries with a characteristic silvery bloom. If wrinkled, squashy or leaking juice onto the bottom of the punnet, they will be stale and tasteless. Unwashed, they keep for up to a week in the bottom of the fridge.

Blueberries have shot to the top of the healthy eating charts: organic berries especially are rich in antioxidants and are a source of vitamin C, iron and dietary fibre. Among other things, blueberries are said to reduce blood sugar, enhance circulation and stop blood clotting (perhaps we should all eat them on long-haul flights). They are good for stomach ulcers, bones and joints, have an antibacterial action and contain compounds that enhance the capillaries in the eye. Last, but not least (certainly to sufferers), they are also good for cystitis.

However, as I feel that is not a suitable note on which to end, I prefer to draw your attention to a poem by Robert Frost that expresses the joy of finding a secret patch of wet and wild, sky-blue berries:

‘You ought to have seen how it looked in the rain, The fruit mixed with water in layers of leaves, Like two kinds of jewels, a vision for thieves.’

I only stole mine from the Sub-Zero refrigerator, but my pleasure was equal. 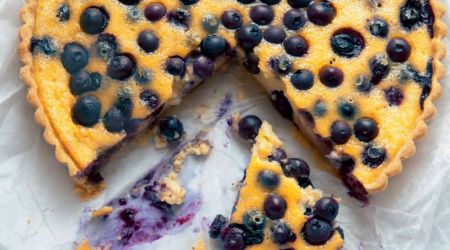 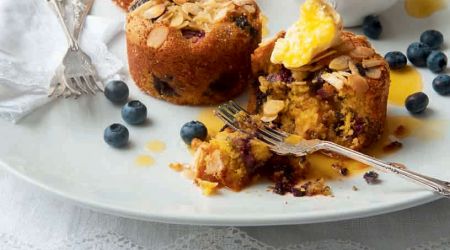 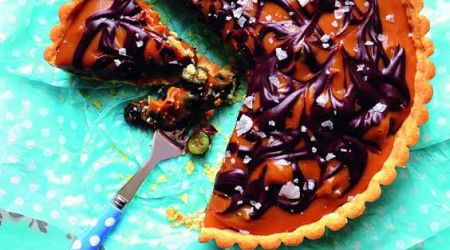 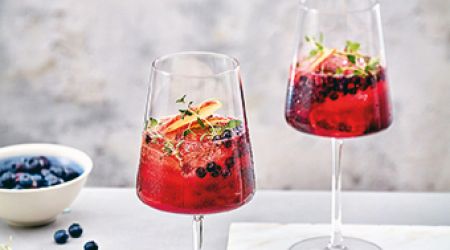 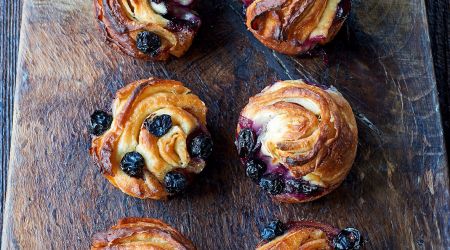 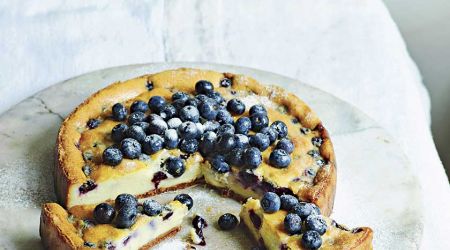 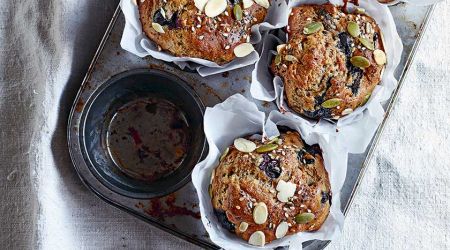 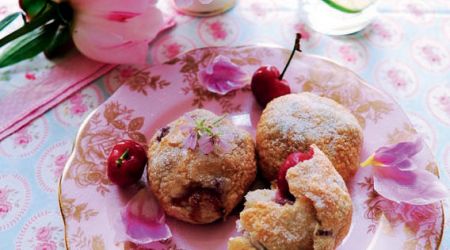 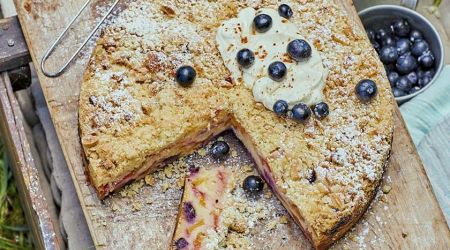 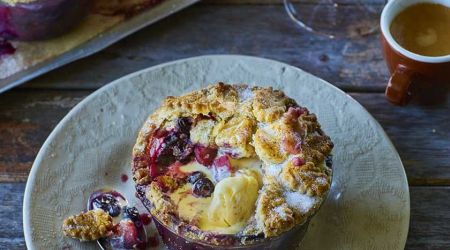 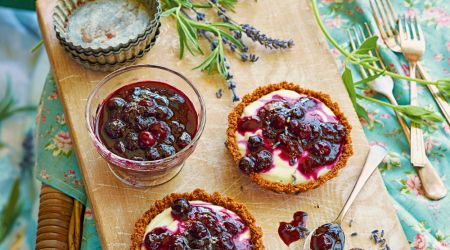 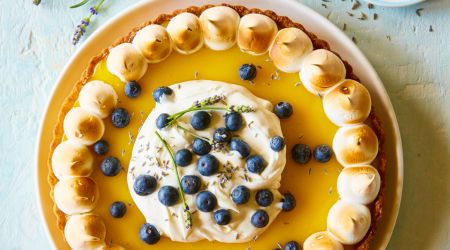 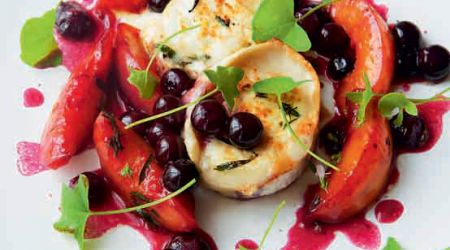 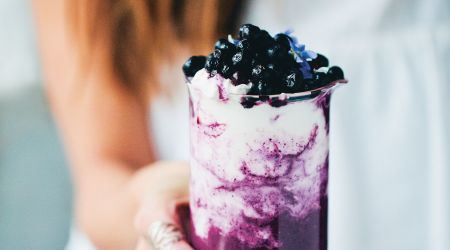 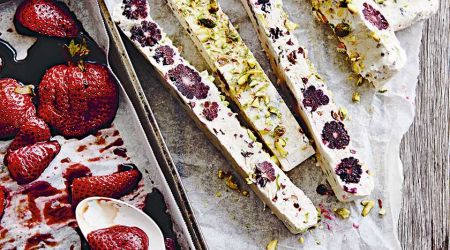 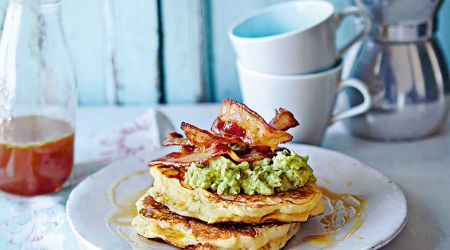 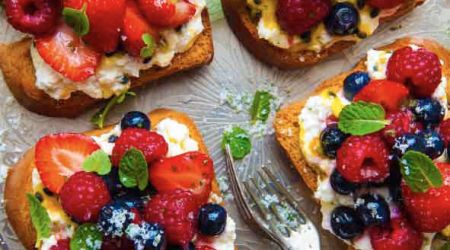 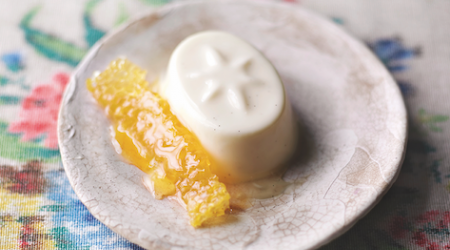 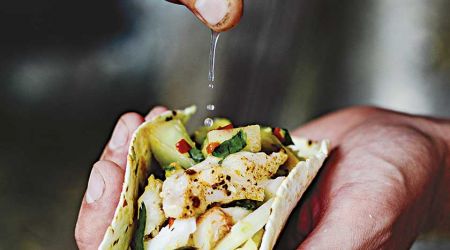 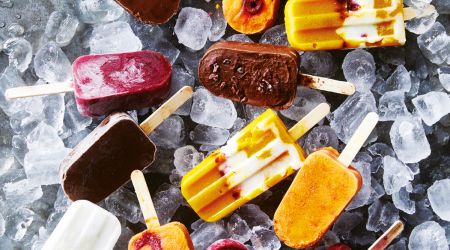 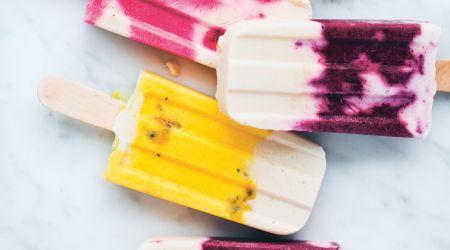